Puerto Rican Food Is A Thing In Hawaii — Here’s What To Eat And Where! 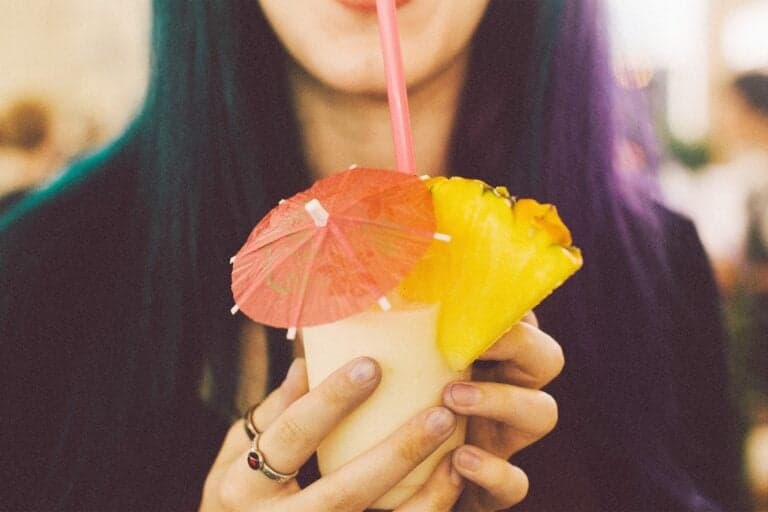 Driving around Hawaii – be it Oahu, Maui, Kauai, or the Big Island, you spot an unassuming tent propped up along your route, on the side of the road selling some local eats. You can’t quite make out the signage – sometimes what’s selling is clear, sometimes it isn’t.

If you’re a curious eater like us, your instinct is to pull you off the road to investigate. If what they’re selling in those spacious Igloo coolers are pasteles and other Puerto Rican goodies, count yourselves lucky because you’ve seriously hit the jackpot.

We’re not exaggerating here. As far as must eat food in Hawaii, a super flavorful plate lunch usually makes the cut; scoops of rice for sure, maybe some kalbi ribs or chicken katsu with a side of macaroni salad and fresh poke. It might also include local sweets from malasadas (Portuguese doughnuts) to haupia (coconut) pie and of course, refreshing shave ice for days.

These local dishes and treats are a result of a super diverse wave of immigration that began in the 1850’s to help power the sugar and pineapple industry in Hawaii, and it also included a small Puerto Rican population that has embedded itself in local food culture.

The funny thing is, as popular as Puerto Rican food in Hawaii is, it’s kind of a mission to hunt down. Yes, there are some cafes serving Puerto Rican food in the islands, like Jackie’s Diner in Honolulu on Oahu, or the newly opened Kiawe Roots in Poipu on Kauai. In most instances though, you’ll find Hawaii’s Caribbean flavors roadside or at community functions like fundraisers and cultural celebrations.

If you’re lucky to run into one in the islands, we’ve got the intel for these must-try Puerto Rican dishes – and one cocktail – in Hawaii.

Otherwise known as rice with pigeon peas, the savory rice dish of arroz con gandules is traditionally enjoyed during the holidays in Puerto Rico. But in Hawaii – and when it comes to Puerto Rican food in general – locals never pass up gandule rice whenever the opportunity presents itself. Plus, rice is a staple food in the islands and for that it’s totally normal to have rice for breakfast, lunch, and dinner.

Recipes for arroz con gandules vary, though many recipes in Hawaii call for achiote, oil, cumin, and cilantro – a variation on the essential sazón seasoning used in a lot of Puerto Rican cooking. Think of gandule rice like a pumped up version of spanish rice where it’s made extra thanks to the achiote, gandule beans (pigeon peas), pork, olives, and garlicky goodness.

As for pronouncing the dish, you’ll almost always hear gandule rice pronounced ‘ganduddy’ rice, which, like a lot of recipes that made their way to Hawaii with immigrant plantation workers, were adapted as they were adopted into the local culture.

Pasteles – pronounced with a silent “s” in Hawaii, by the way – are classic Puerto Rican food where mashed plantains serve as a pocket for seasoned pork, are wrapped in ti aka banana leaves – aka Hawaiian style, and steamed like a tamale.

When you travel to Hawaii, pasteles are one of the top roadside food treasures you’ll come across while in Puerto Rico they’re a typical part of a holiday dining table, along with arroz con gandules and pernil (aromatic, slow-roasted pork).

They’re hearty, served spicy or mild and even over rice as pastele stew. The Pastele Shop in Honolulu is a local favorite. There, you can order pasteles all sorts of ways; as part of a plate lunch with gandule rice, with a side of bacalau (salt cod) salad – another traditional Puerto Rican recipe – and even as pastele loco moco.

We know this tropical cocktail isn’t a food, but we have to give props to Puerto Rico, where the signature rum-based tipple originated.

In Hawaii, a classic variation on the Piña Colada cocktail is called the Lava Flow  and a ribbon of strawberry puree coats the inside of a glass. When the Piña Colada mixture is poured into the glass the result is dreamy – all sorts of swirly, creamy cocktail (that looks like a lava flow, obvi) and garnished with a pineapple piece.

Duke’s restaurants, which began as a local restaurant chain in the islands and has since expanded to southern California blends a mean – aka amazing – lava flow and pairs perfectly with beachfront views in Waikiki on Oahu, fronting Kalapaki Beach on Kauai, and waterfront in Lahaina, Maui. Or, there’s La Mariana in Honolulu where lava flows, mai tais and more deliver a good dose of tiki culture.

Have you tried Puerto Rican food when you have traveled to Hawaii? Let us know your favorite spots in the comments below!