Add These Food Experiences To Your Hawaii Bucket List 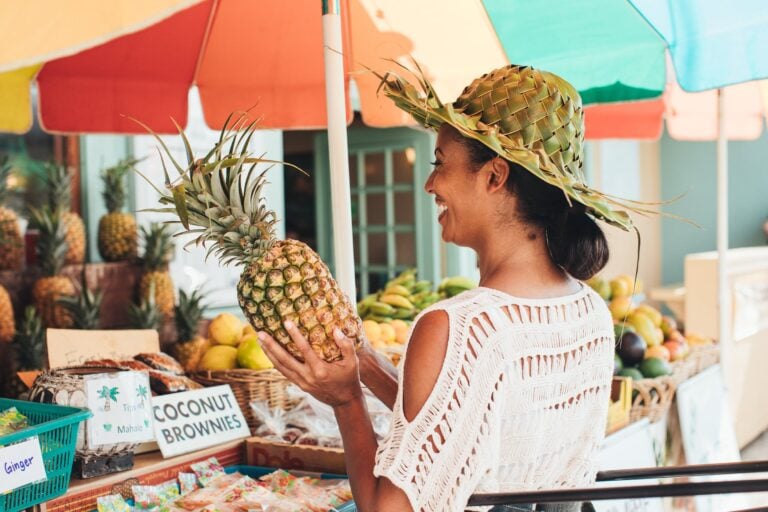 We’re believers in having our cake and eating it too.

On our quest to uncover the best food and drink finds in a breathtaking destination like Hawaii, this combines incredible food and some Instagrammable views for one unforgettable experience.

We’re talking about experiences where we can eat local in Hawaii while learning a thing or two about where all of the food comes from, how it’s made, and maybe even help make it!

So, here we’ve curated unmissable foodie experiences to book when you travel to Hawaii from Oahu, Kauai, and Maui to Hawaii Island (Big Island).

From a rum tasting made from heirloom sugar cane on Oahu to an early morning fruit orchard and yoga sesh on an organic farm in Kauai, to sampling vodka in Maui’s Upcountry region and traditional Portuguese bread making on the Big Island, here is our pick of the not-to-miss immersive experiences to eat local in Hawaii: 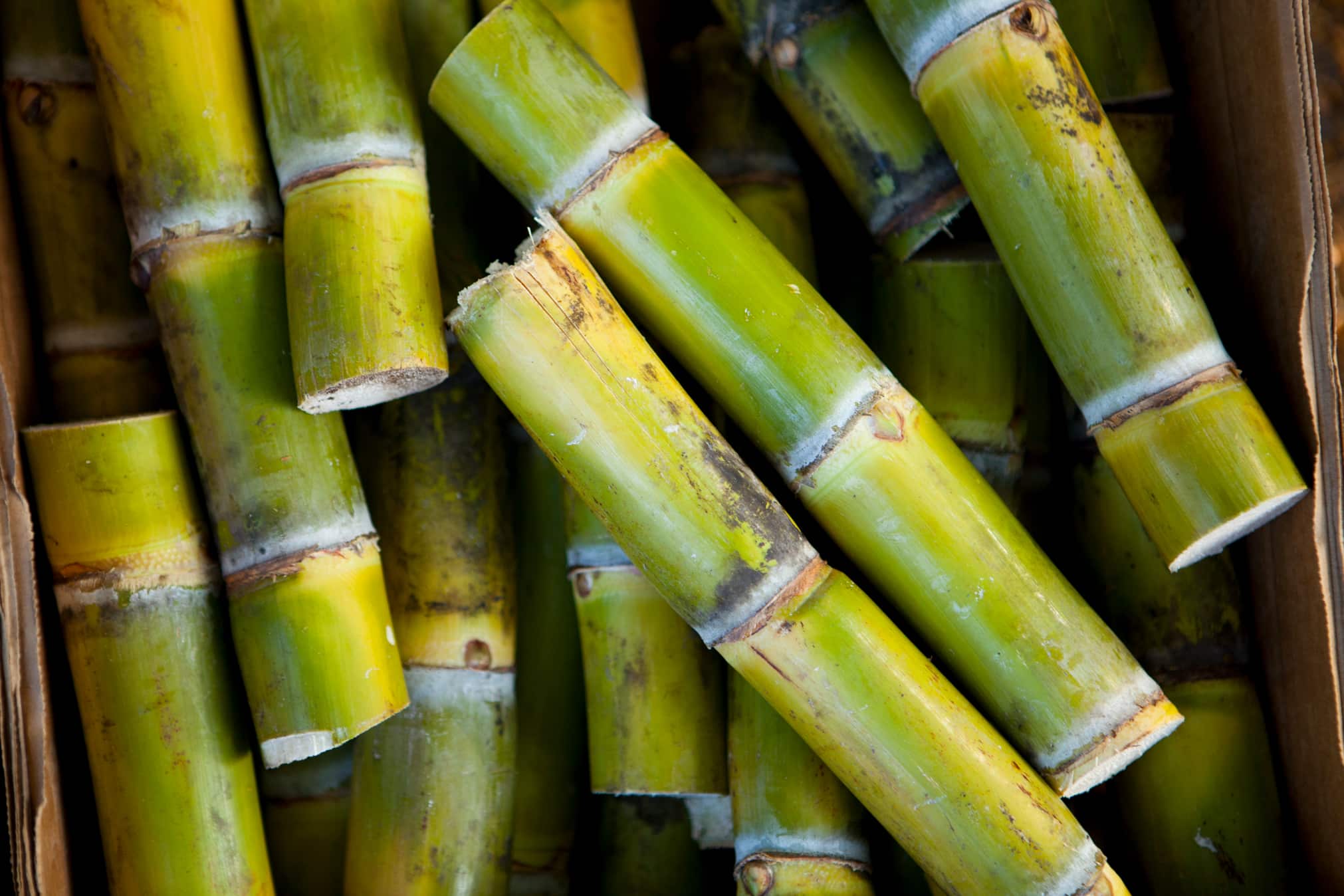 Beginning in the 1870s, long before tourism became Hawaii’s bread and butter, it was all about the sugar. Even though the plantation industry closed its last sugar mill in 2016, Hawaii’s sugarcane past lives on, thanks to small local companies like Manulele Distillery.

These days, the Kunia distillery grows sugarcane from Native Hawaiian varieties – which, even before the sugarcane industry took off the Hawaiians used for medicinal and ceremonial purposes – to produce small batch rum under their label, K≈ç Hana.

Manulele gives daily tours, which begin with a taste of pure cane juice before being led to a viewing deck to take in Diamond Head, Pearl Harbor, and the Waianae mountains views. Then it’s on to learn about their distilling technique before another tasting – though this time, with rum made from their K≈ç, or sugarcane. A lot of the quality bars in Hawaii serve K≈ç Hana rum so make sure to look out for it when you next travel to Hawaii. 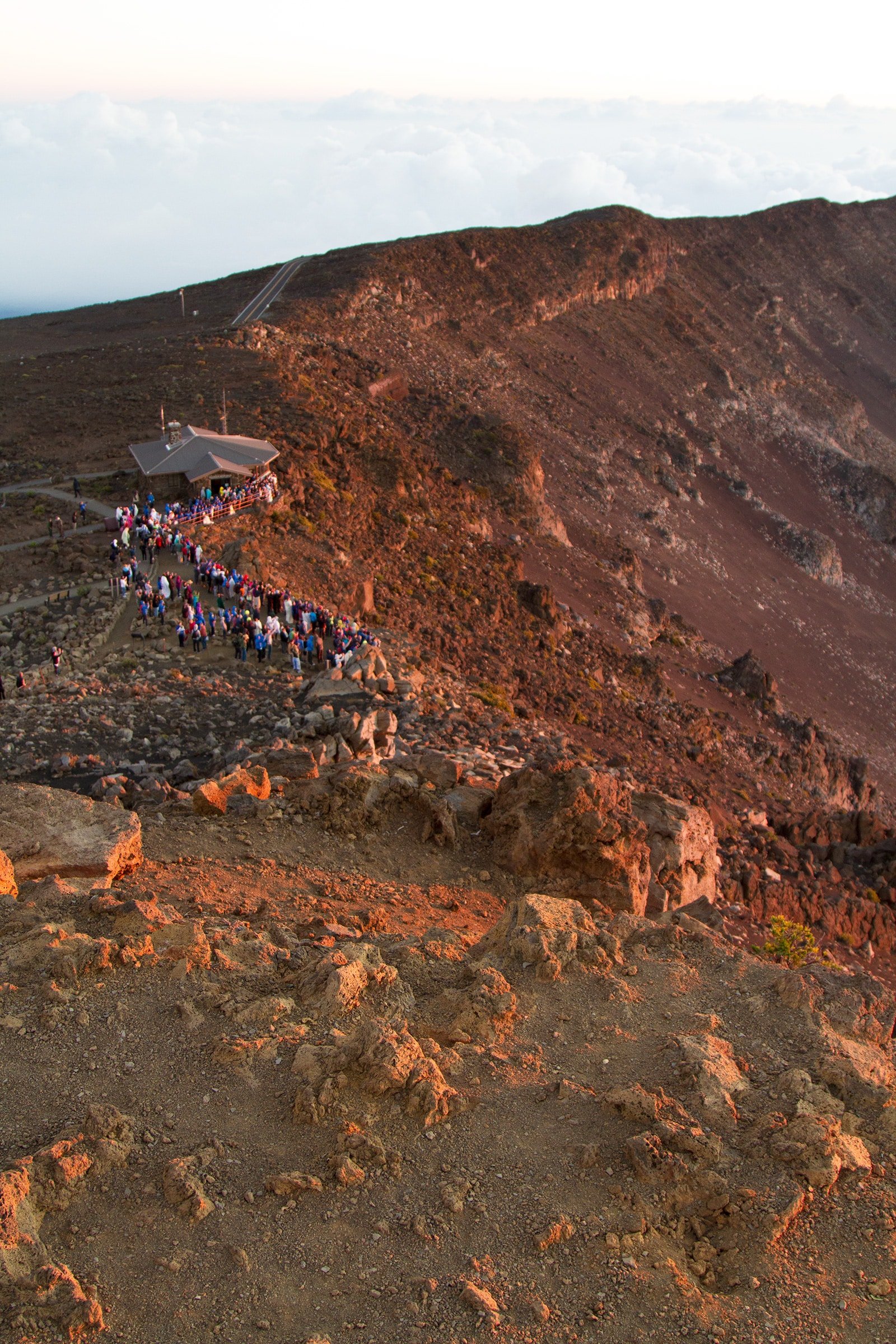 We’ve mentioned how we’re fans of the hidden gem Upcountry Maui area, which is bursting with laid-back charm and lots of Upcountry-grown, farm-to-fork finds. Pro tip: In Upcountry, organic, sustainably produced cocktails are worth the drive, too.

At family-owned Hawaii Sea Spirits Organic Farm and Distillery, sugarcane is harvested and distilled with ocean water that comes from deep beneath the sea off of Big Island’s coast.

When you travel to Hawaii, plan a tour so you can see the whole process in action (and yes, it includes a tasting). The tour covers part of the farm’s 80 acres, which is situated on the volcanic slopes of Haleakala.

The farm uses organic farming practices like select harvesting the sugarcane, meaning they pick only ripe cane and leave the growing cane for the next harvest, as opposed to burning the fields; a more common method. They also use solar power for its energy needs – which totally makes sense because Haleakala is also known as the “house of the sun.

According to Hawaiian legend, demi god Maui struck a deal with the sun to help his Mother after holding it hostage in the sky with his lasso. So that his Mom would have more time to dry her kapa cloths, he made the sun promise to slow its roll across the sky, which may or may not explain why Haleakala gets 15 minutes more sunshine than the coast below. 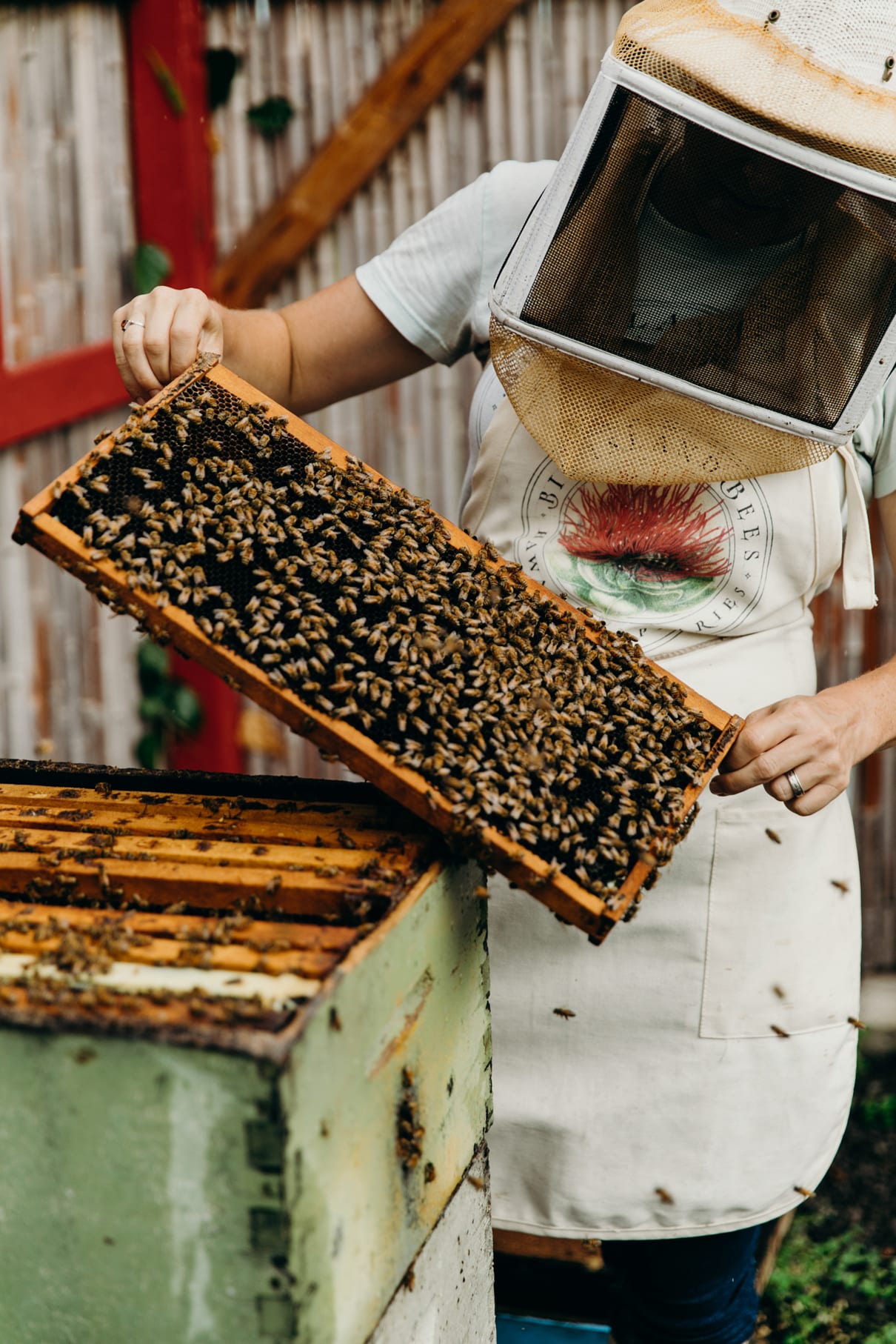 Bliss Out On An Organic Farm

Picture this: a morning spent picking seasonal tropical fruits – think guava, avocado, and papaya – that leads into an invigorating yoga class (with the fruits you picked as a refreshing reward for getting up and out), all on a former sugar plantation turned certified organic farm. On Kauai’s North Shore, specifically Secrets Organics farm, this wellness dream is actually a thing.

To continue the North Shore farm excursion post yoga and fresh fruit morning, continue North toward Hanalei town to check out the taro patches and stop for lunch for fresh local fish at Hanalei Dolphin or a deli sandwich at The Hanalei Gourmet.

Get Buzzed On Local Honey

This experience meets at local juicery, Kaua’i Juice Co. in Kapaa town (also home of our cafe faves Mermaid’s – with lots of vegetarian picks by the way – and Java Kai) and includes an intimate exploration of the ins and outs of bees, the beehive, and how honey is made. You’ll get decked out in protective gear and head home with a sweet souvenir – a jar of host Robin’s honey – after the experience, which runs about two hours.

The apiary – science speak for beehives – is located on an expansive ranch with views of lush Mount Wai’ale’ale, one of the wettest spots on earth. 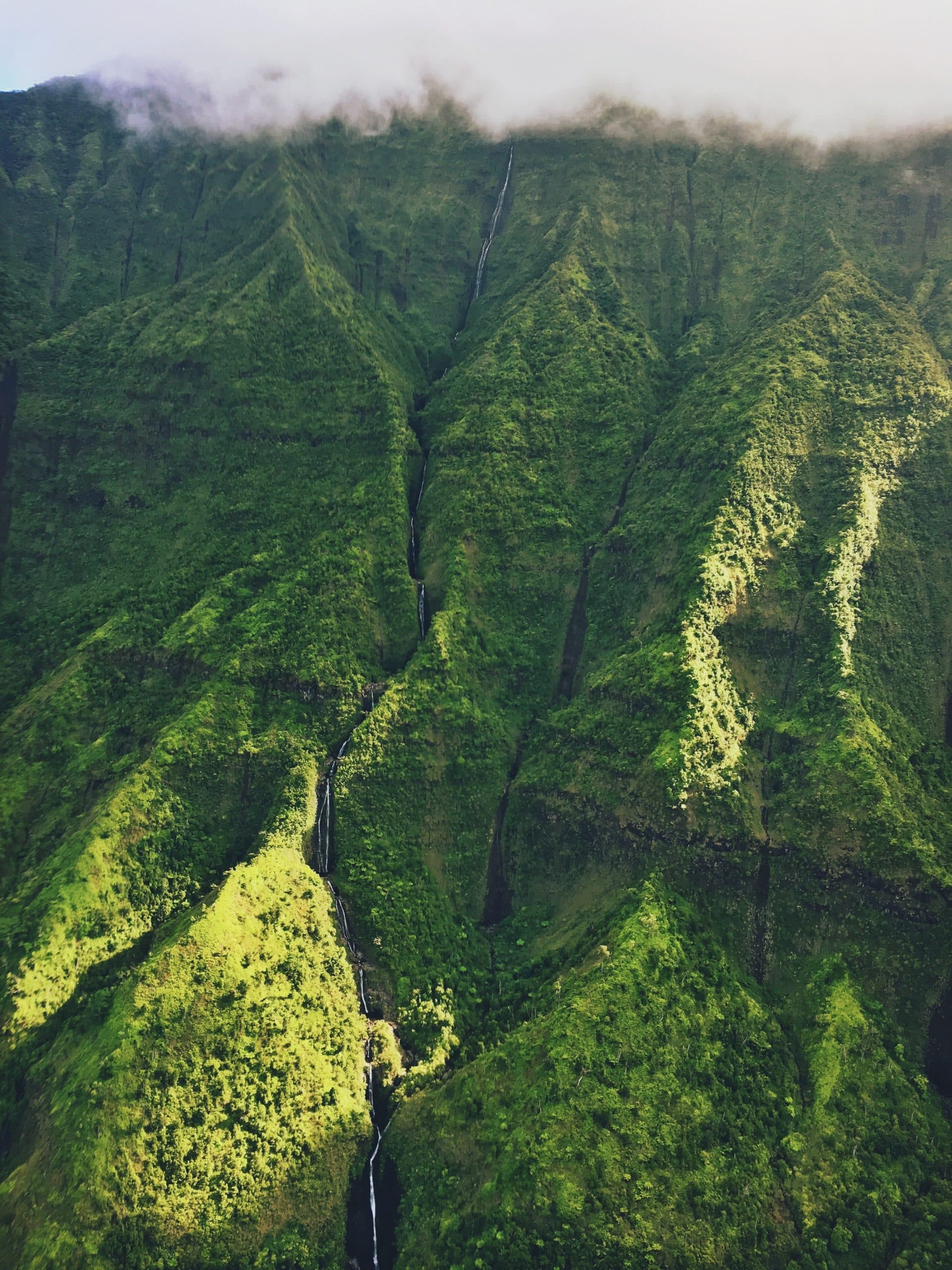 In the islands, Portuguese influence goes way back to the late 19th century, when the first Portuguese arrived to work in the plantations. From the introduction of the ukulele to the fluffy, sugar coated donuts we’re always gushing about when we talk about Hawaii (malasadas are a foodie must in the islands), Portuguese culture is part of local culture in Hawaii.

On Thursdays, the Kona Historical Society invites the public to participate in their weekly Portuguese bread making activity. While the forno – or traditional Portuguese stone oven heats, a process that begins hours prior (four hours to be exact!) – guests knead and shape dough and plop the round shapes into a pan for baking. The forno is massive – it can hold 30 loaves in one sitting.

Or, if you’re passing through on Mamalahoa Highway, pick up a loaf of bread when you pass through Captain Cook, where the historical society is located. The roadside stand should open at 1:00 pm, about when the first batches of bread are removed from the forno.

From yoga on a farm to baking traditional bread in an outdoor oven, if you’re sensing an alfresco theme, you’re right. The Hawaiian islands are beautiful (that’s why you’re visiting, right?), and even more so when you dig into its rich natural and cultural resources.

Not heading to Hawaii yet? Cook these local recipes when you’re dreaming of Hawaii.

Thinking about traveling to Hawaii soon? We can help plan your trip —   contact us to learn more. 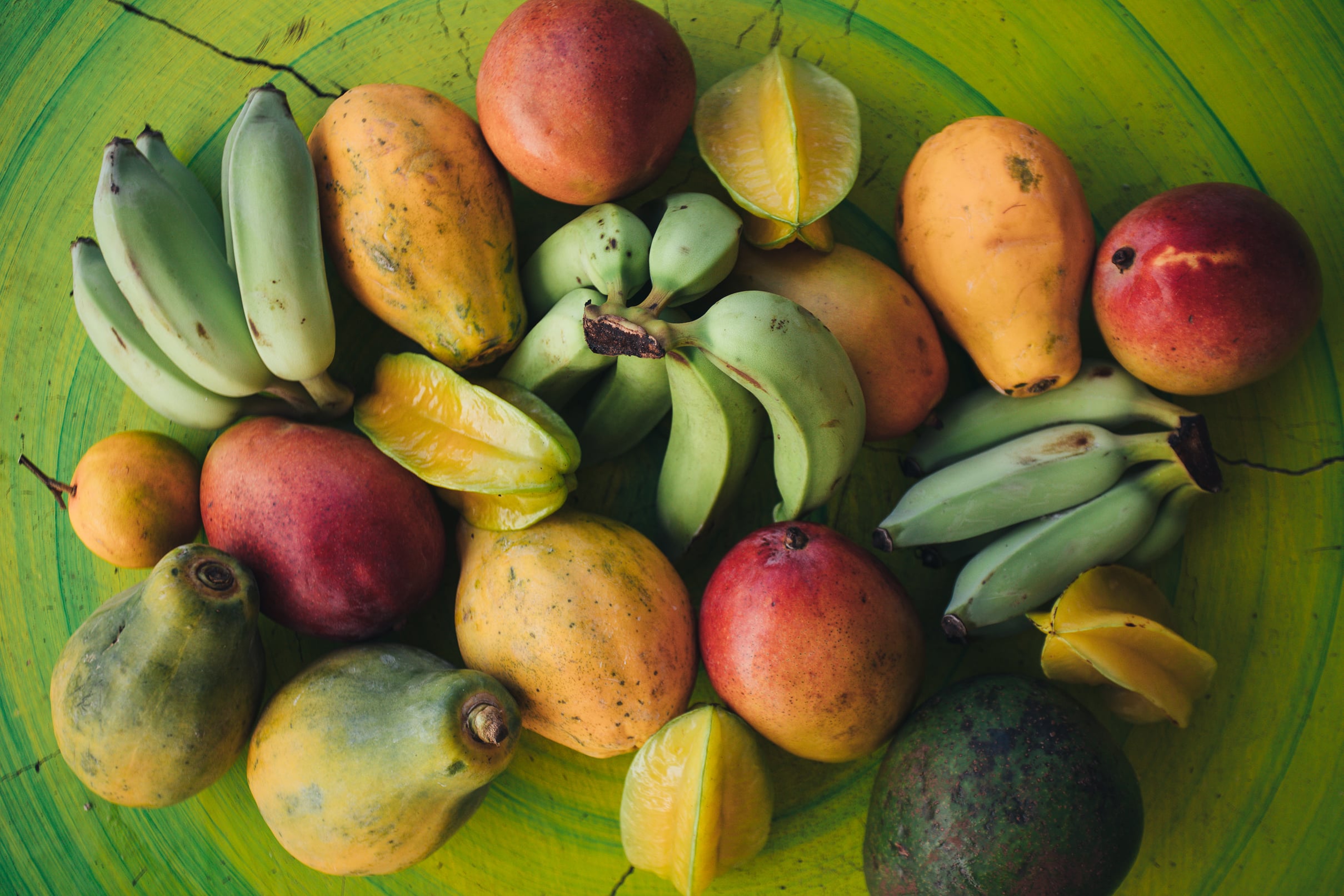 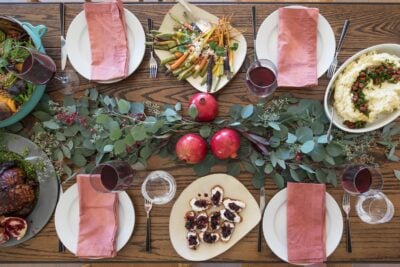 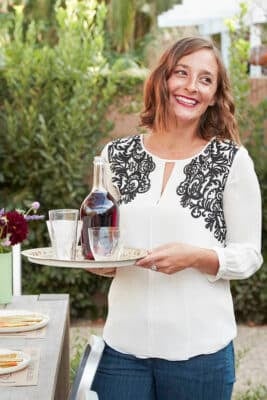 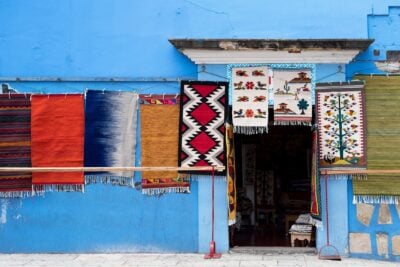 Destinations
From Tipping To Bargaining: Top Tips For Shopping In Mexico 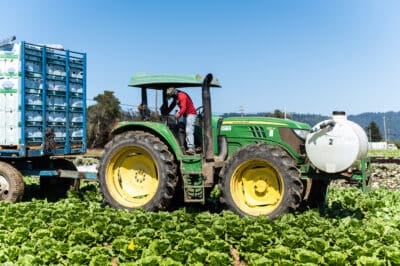 California
What Is Grown In California? A Concise Guide