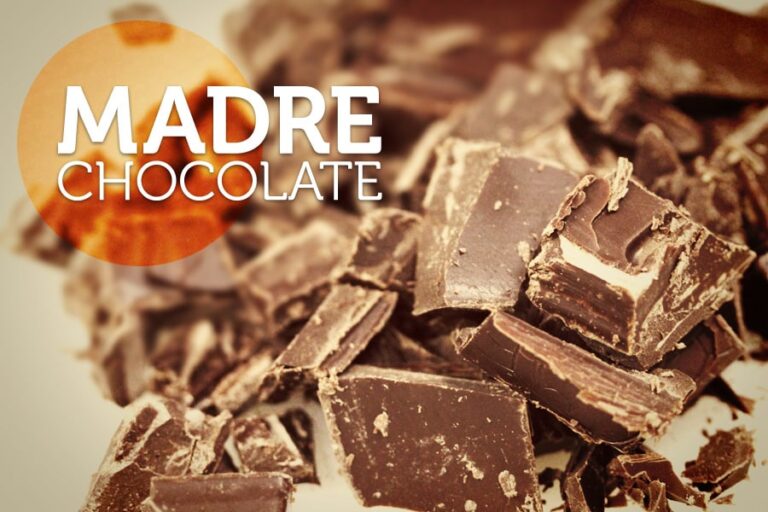 Say Aloha to Madre Chocolate: one of the only bean-to-bar artisanal chocolate shops in the state of Hawaii.

They couldn’t be more uniquely located because Hawaii is the only one of the 50 states where cacao is currently being grown and, with the opening of Madre Chocolate, then crafted into chocolate.

Similar to coffee a few years back, chocolate is in the midst of a movement, a sort of renaissance, where people are demanding higher quality and wanting to know more about the process and the back story.

Various artisans have taken up small-batch chocolate making, but only a few of them, like Madre Chocolate craft the chocolate themselves from the bean form. 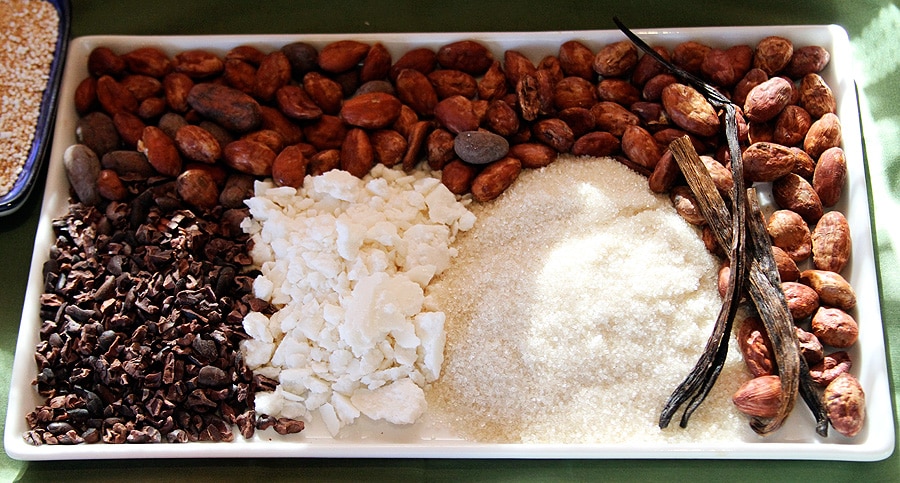 Before I go on though, let’s look at what it truly means to be bean-to-bar chocolate makers. The guys who do this (I say guys because currently they’re aren’t any women doing it professionally) receive dried, fermented cocoa beans from farms and then handle the rest themselves.

That is no small task because it can take almost a month to go from bean to bar. It’s a lengthy process involving a slew of steps such as roasting, winnowing, grinding, conching, tempering, and finally flavoring and molding the chocolate into edible form. 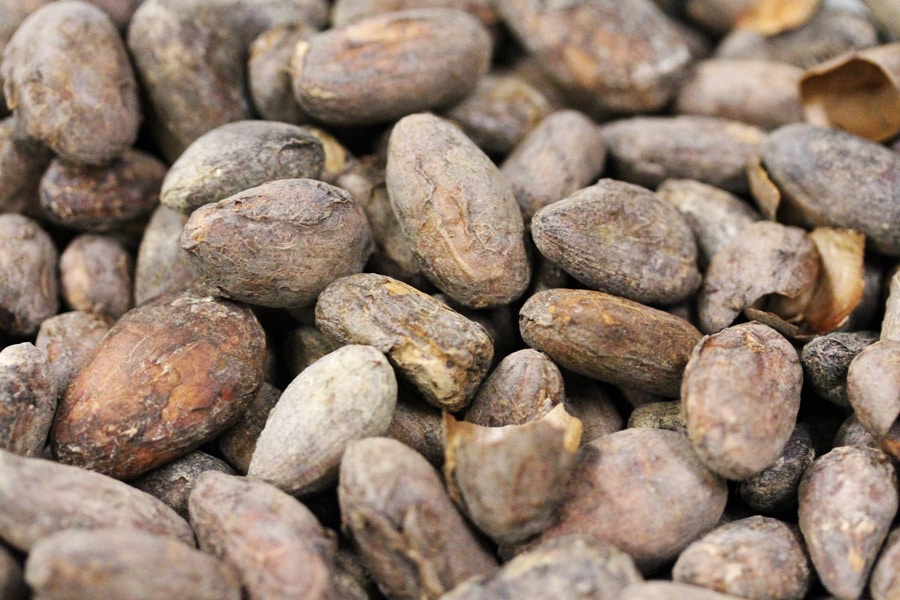 Madre Chocolate’s co-founders, Nat and Dave, took untraditional paths to become chocolate makers, yet hindsight makes it all seem quite logical. Dave has worked throughout Latin America and Nat has a Ph.D. in botany and has spent a good deal of his time in various cacao-growing regions.

Their common interests in the native plants of Mexico and the origin of cacao brought them together and, after a trip and a few brainstorming sessions, they decided to open Madre Chocolate. 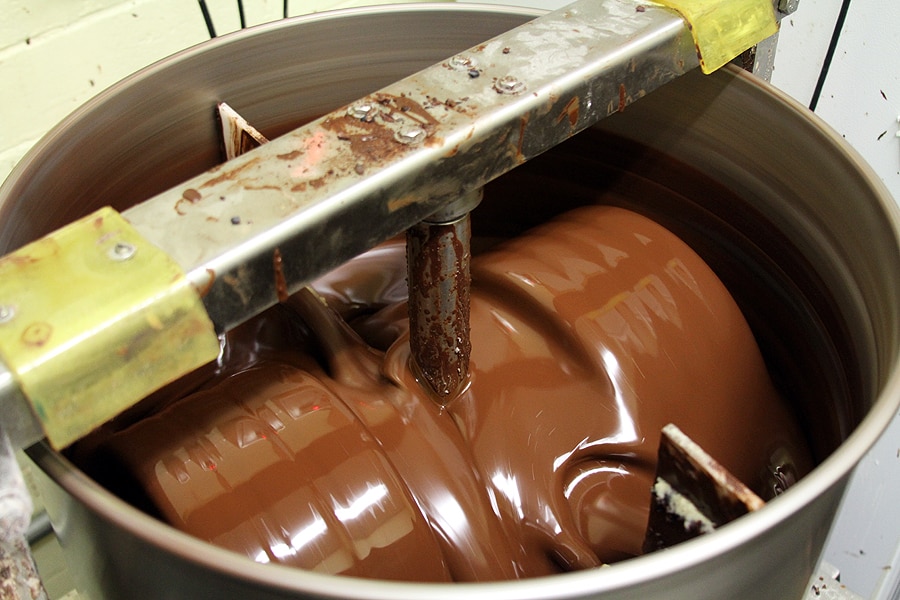 Truth be told, a bit more went into it than that, but it happened very quickly. Nat and Dave opened shop in the sleepy town of Kailua (on Oahu) in January 2011 and their chocolate has become a favorite of local chefs and food lovers.

The recognition is starting to extend beyond Hawaii as they were just listed in this month’s Saveur 100  — proof, if you needed it, that these guys are the real deal. 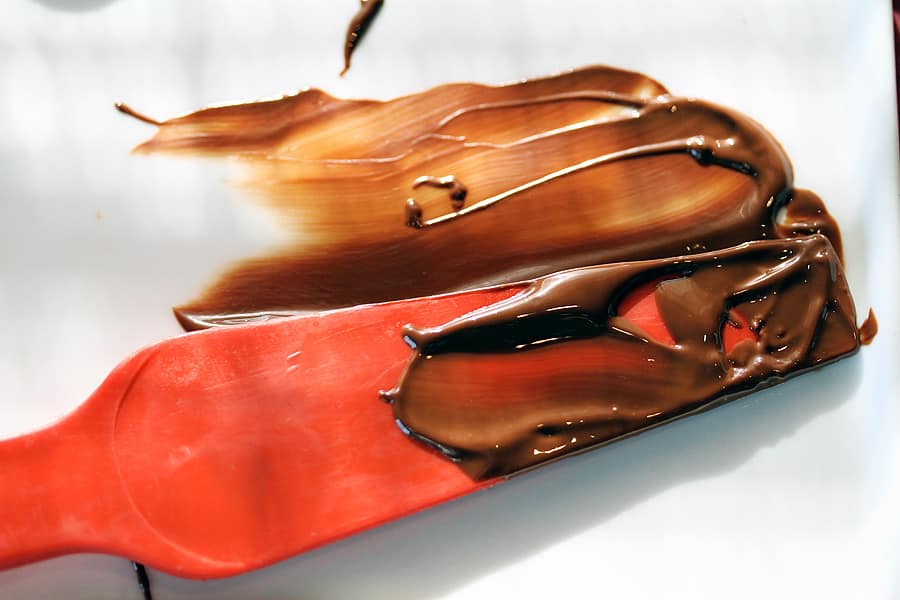 Another unique quality of Madre Chocolate is that they work in conjunction with the farmers to determine the best way to ferment the cacao, which is a critical step.

Add to that the fact that Hawaii has numerous microclimates and you have a situation in which the cacao can vary greatly from valley to valley and from harvest to harvest, all underlining the importance of careful attention to growing, harvesting, and fermentation practices. 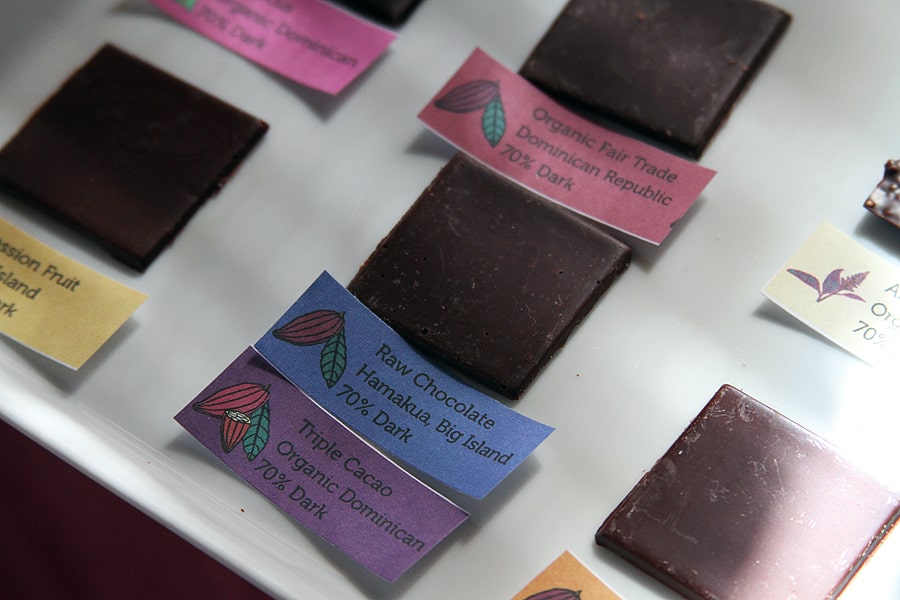 When I visited, Nat and Dave led me through a chocolate tasting, starting first with their single-origin chocolate. The single origins allow you to really taste the impact of their work since you’re tasting the chocolate with nothing else added. It was an extensive tasting because they let me try some of their micro-batches of chocolate — the result when they receive small amounts of beans and only have enough to make one or two experimental batches.

I tasted an assortment of chocolate from the Dominican Republic to Sumatra, but it was the Hawaiian chocolate that I was most interested in. When I visited they had this 70% dark raw chocolate made from cacao from the Big Island of Hawaii and it was truly something special since it is one of few chocolates completely grown and made within the United States. 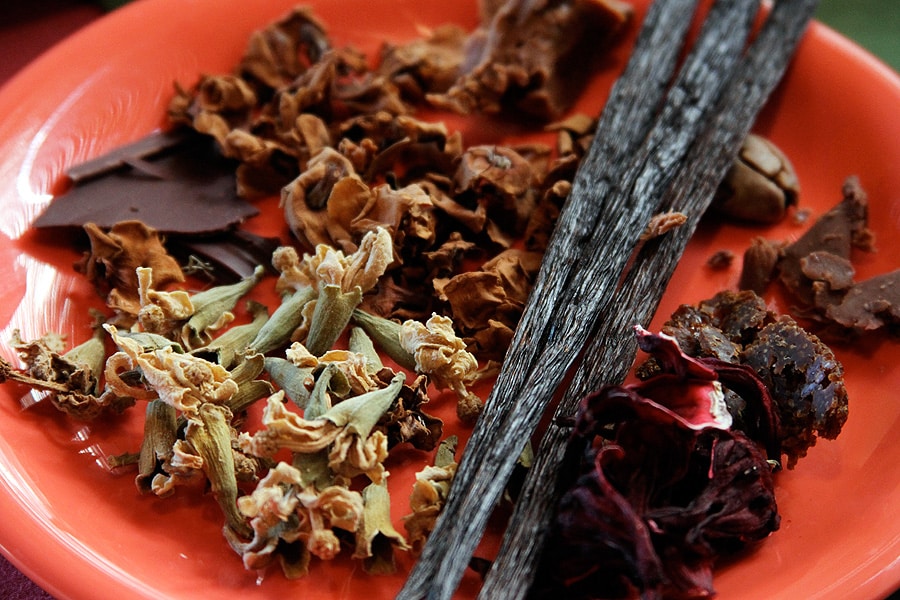 In addition to the single origin bars, they flavor their other chocolate with really unique ingredients. The Xocolatl line of chocolate bars pays homage to traditional flavors from Central America with recognizable ingredients like vanilla, amaranth, and hibiscus along with ingredients I’ve never heard of before much less tried, including rosita di cacao, jaguar cacao, and jocote (aka hog plum). 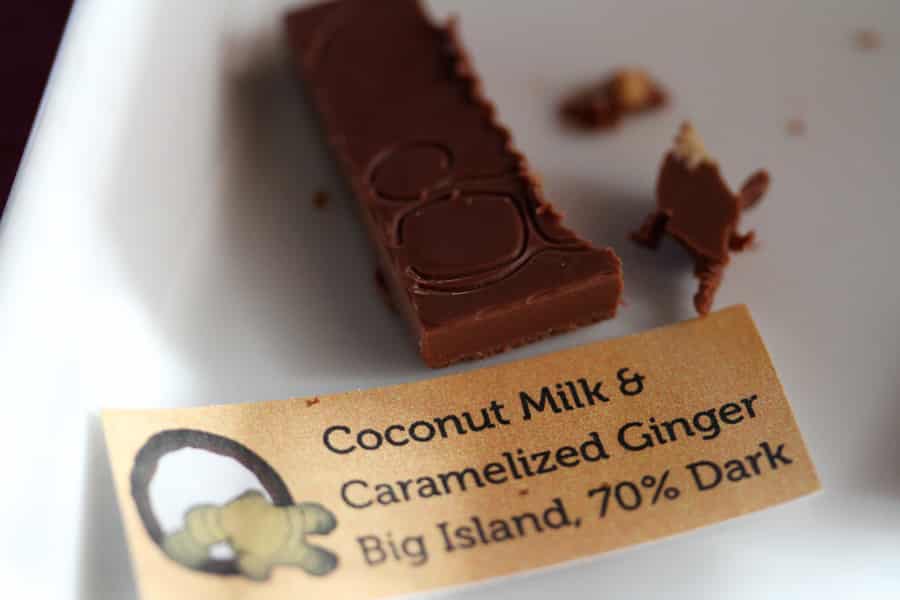 Another line of bars is known as the Kokoleka series and has been nicknamed the locavore bar since they’re made exclusively with ingredients from Hawaii. They’re filled with all sorts of intriguing flavors like hibiscus, ginger, passion fruit, and tea from the Big Island. When I bit into one of the bars, Nat said, “The thought is, if you can’t beat ‘em, eat’em” 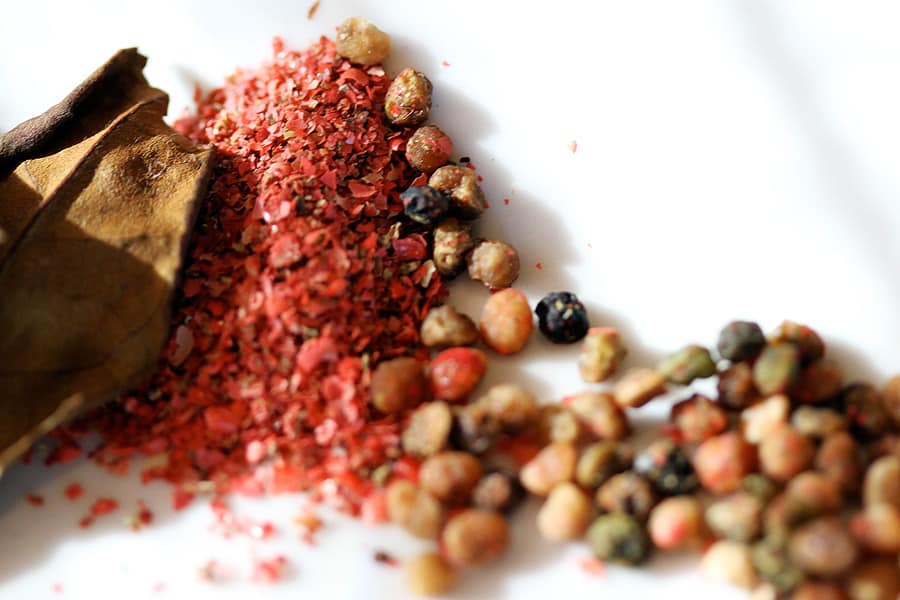 I looked at him perplexed and he clarified, “The chocolate you’re eating,” and then I got what he meant. This bar is part of their series cheekily coined Eat the Enemy, because you’re “helping to eat invasive plants out of existence in a delicious way.” The chocolate I was tasting was flavored with Christmas berry (aka pink peppercorns) and kiawe (aka mesquite) sea salt and I had been so busy enjoying it that I hadn’t thought about the rationale. 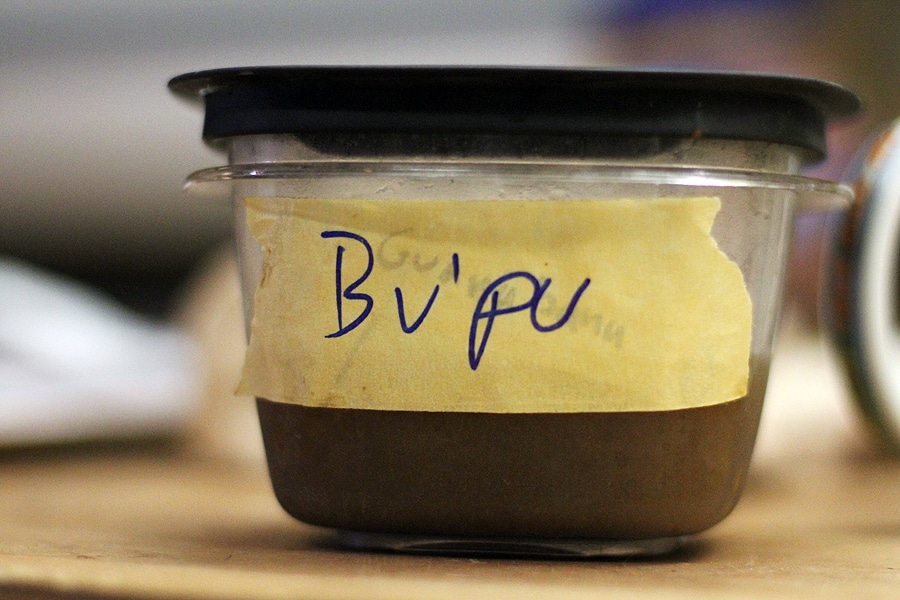 But that’s what’s intriguing about these guys: they are all about the rationale. As a result, their botany knowledge, experience in cacao-growing regions, and care for sustainability all play as much into their decisions as do their taste buds. So with each bite of their chocolate you’re bound to learn something about the history and culture of chocolate.

And when they’re not busy making chocolate, they make chocolate by-products like the traditional Oaxacan drink known as bu’pu (pictured above). 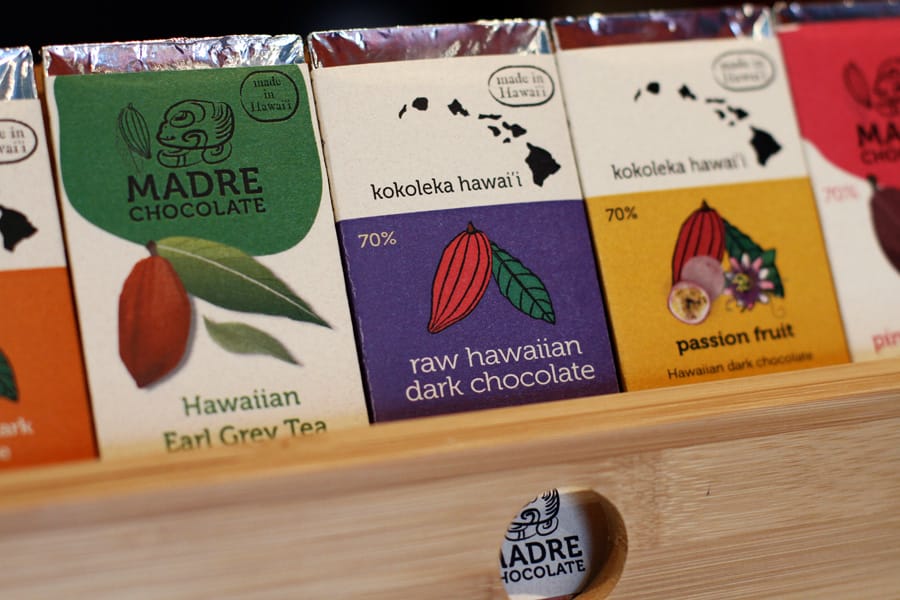 Madre Chocolate is only just beginning their journey but its one I’m excited to see unfold. They’re supporting the larger chocolate community in a way that everyone has embraced and, as such, have made a big mark in a short amount of time. To taste it for yourself, go ahead and order it online or, to try your hand at chocolate making, check out their bean-to-bar chocolate making kit. 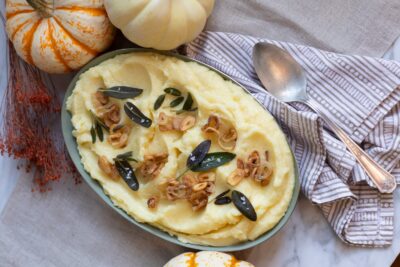 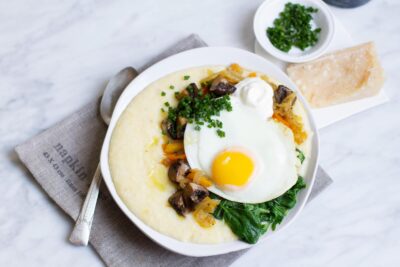 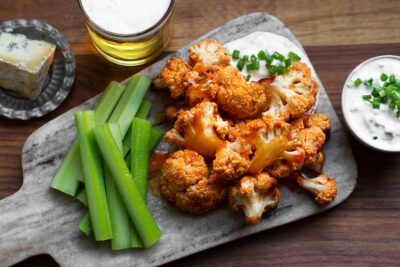 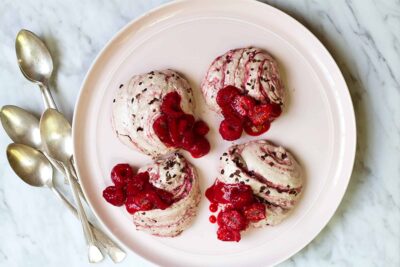