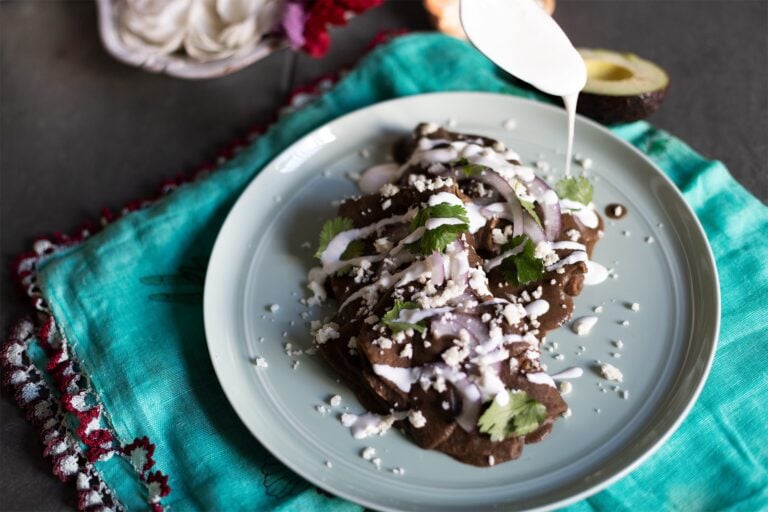 One of the things I love most about Mexican cuisine? How you don’t just have one of a good thing but rather a whole slew of very delicious things!

I mean, you don’t just have one street taco, you have all sorts of street tacos with all sorts of variations. Another “family” of Mexican recipes that have almost as many variations: enchiladas of which a favorite of ours is enfrijoladas (pronouned in-free-hoh-lah-dahs).

What Kinds Of Enchiladas Are There?

Similar to tamales, enchiladas are a seriously historic dish. It’s believed that some variations of enchiladas have been around since Mayan times.

But close cousins to the well-known enchiladas are a bunch of other recipes where a tortilla gets dipped in goodness though not necessarily a chile sauce. You may have heard of a few and are wondering as to the difference between enmoladas vs enchiladas vs entomadas and enfrijoladas. Here is the lowdown: 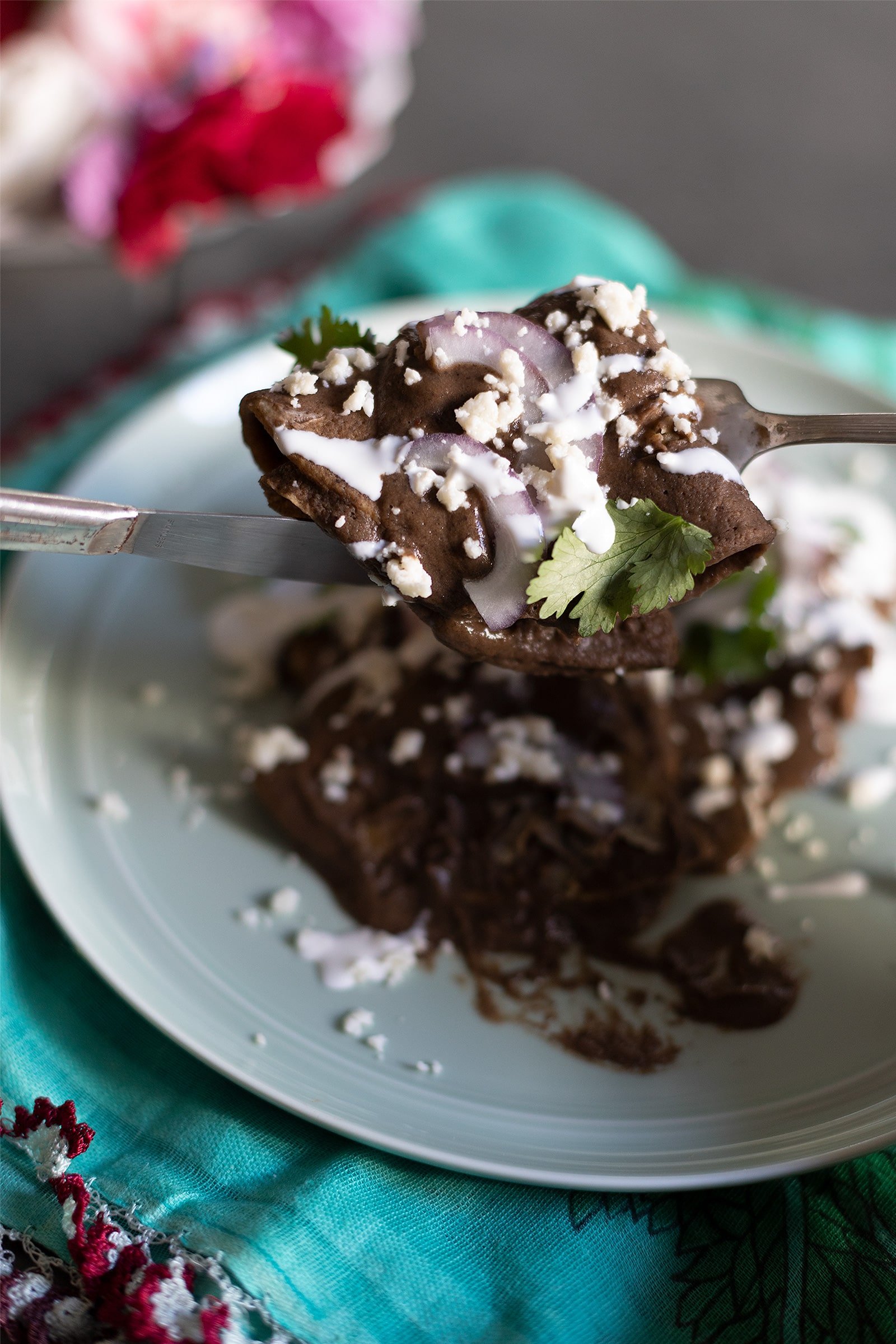 What Are Enfrijoladas Origin?

Now that we’ve answered “What are enfrijoladas?” you may be asking where they come from.

You’ll find them across Mexico but two of the best-known styles are the enfrijoladas Veracruzanas of the style in Oaxaca.

When Are Enfrijoladas Made?

While you can find enfrijoladas any time of year, they make a special appearance around the Day Of The Dead when many altars are adorned with a plate of them.

But there is no need to wait until the Fall to make these because they’re a great addition to your regular weeknight cooking rotation. They seem like a lot of steps, but, once you get the hang of things, it’s quick – I promise!

How To Make Enfrijoladas Quickly

This recipe is the full deal step-by-step of how to make enfrijoladas. That’s to say the Oaxacan black beans are cooked from scratch and it adds quite a bit of time to the recipe.

But you can make it with canned black beans to speed things up — just go ahead and start at the “To Make The Bean Salsa” section.

Or you can make the bean salsa a day or two ahead of time and, after warming it up,  pick the recipe back up with “To Make The Enfrijoladas” section. Also, if you can’t find the dried chiles, you can use a couple of chipotles en adobo or chili powder (about 2 teaspoons) instead.

The recipe was written as is not just because it’s more traditional but because I fully believe it is more flavorful this way. That’s not to say that every time I make them, they’re exactly as written here. I use what I have on hand and adjust as needed.

You can serve enfrijoladas folded in half instead of quarters (though they’ll get mushier even faster) and, yes, you can fill them and roll them up as you would with other enchiladas.

Also, if you want to make them more of a meal, you could fold in shredded chicken, cooked chorizo, shredded cheese, or scrambled eggs. Though, to be honest, we find the recipe as is to be a complete meal!

How To Serve Enfrijoladas

For serving, feel free to eat them as is or go all out on the garnishes. I’m partial to garnishing with sliced onions, crumbled queso fresco, drizzled crema, and some fresh parsley or cilantro.

And, though it’s not traditional — it’s even more delicious topped with avocado. When it comes to serving, the most important thing is that you serve them immediately because they get drier and mushy as they sit. 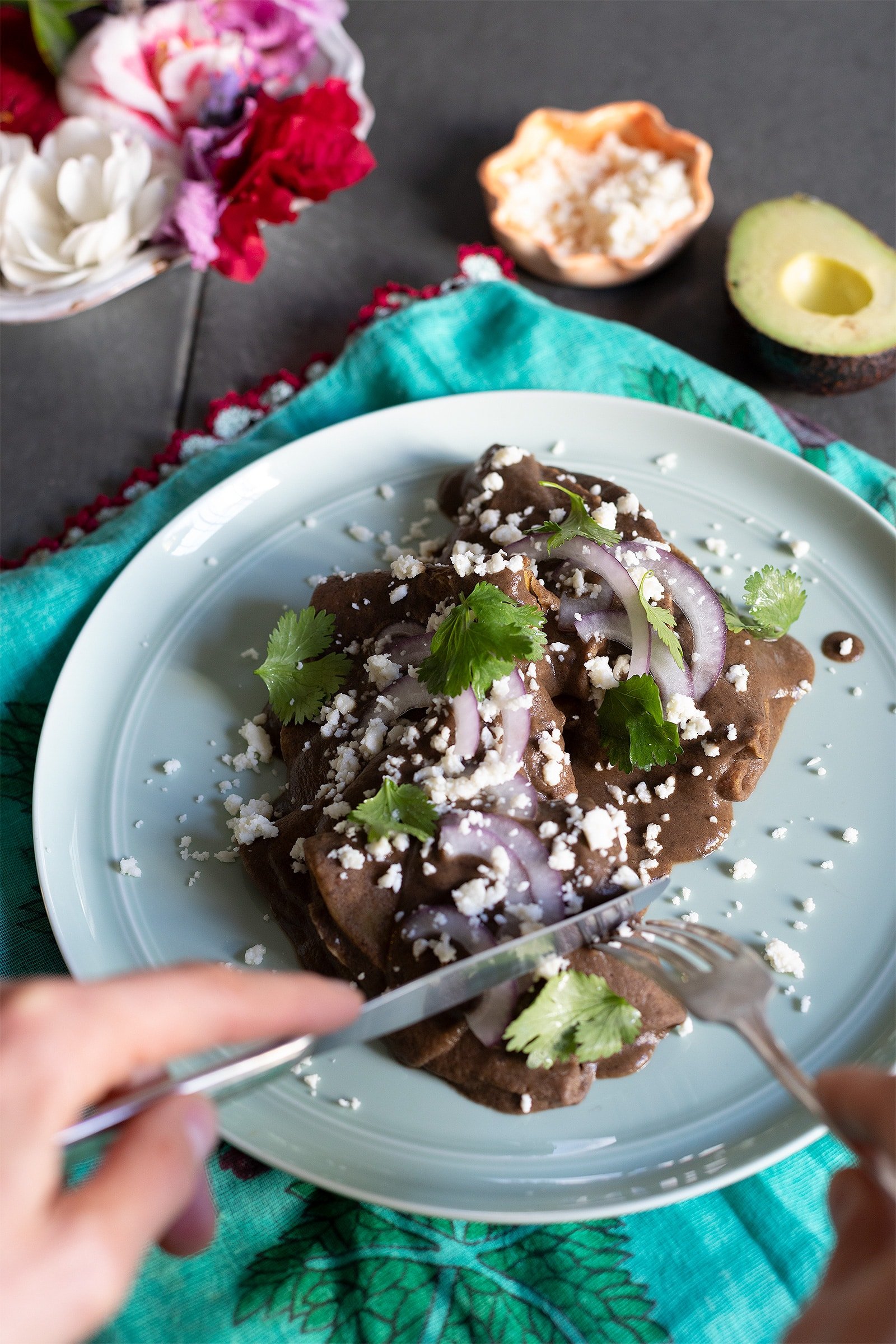 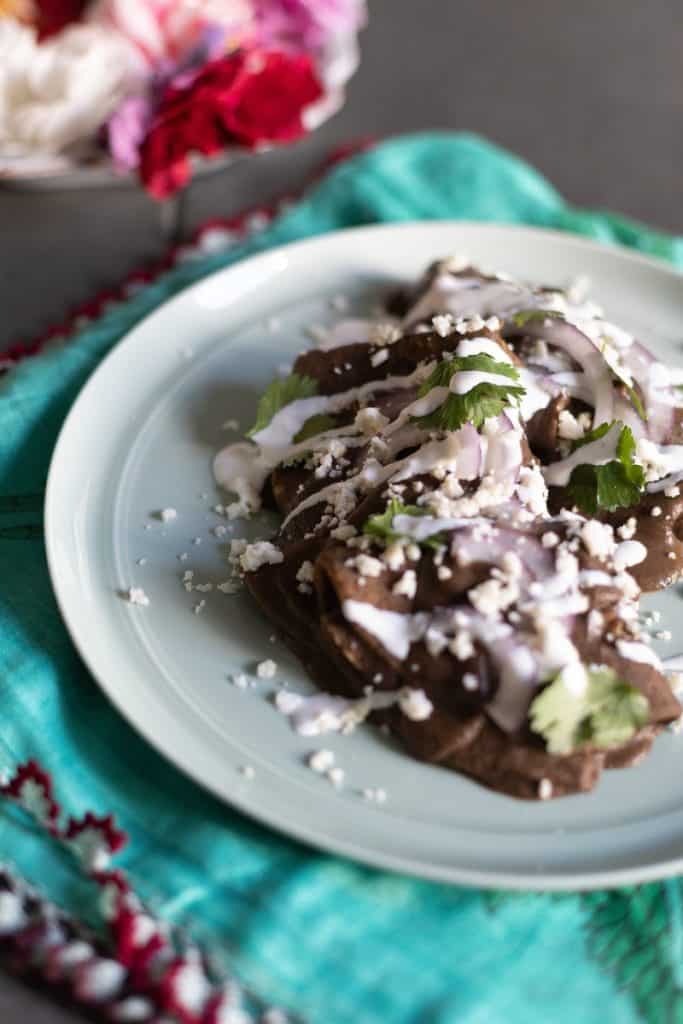 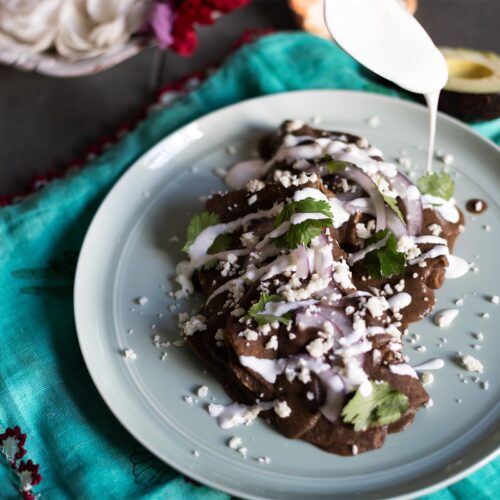 For The Black Bean Sauce: 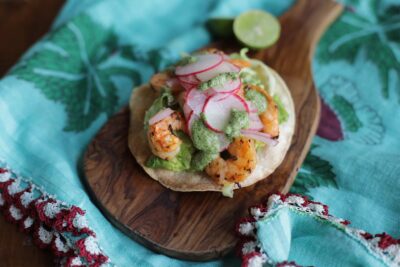 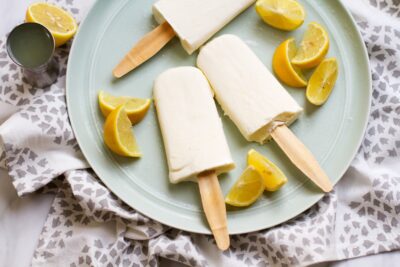 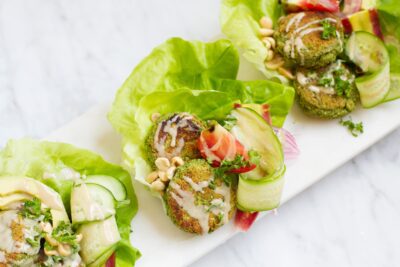 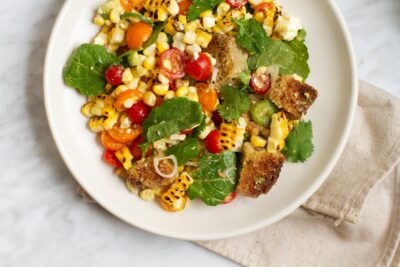