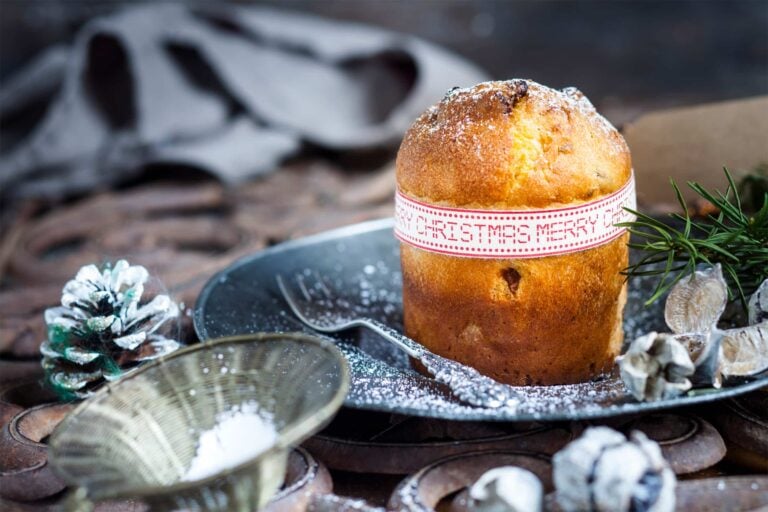 Maybe you plan to travel to Italy for the holidays.

Perhaps you’re Italian-American wondering if your family recipes are “traditional.” Or possibly you love learning about all things food from the Belpaese. No matter the reason, you may ask, “What is traditional Italian Christmas food?”

Here is a rundown of what traditional Italian Christmas food is served across the peninsula during the festive season: 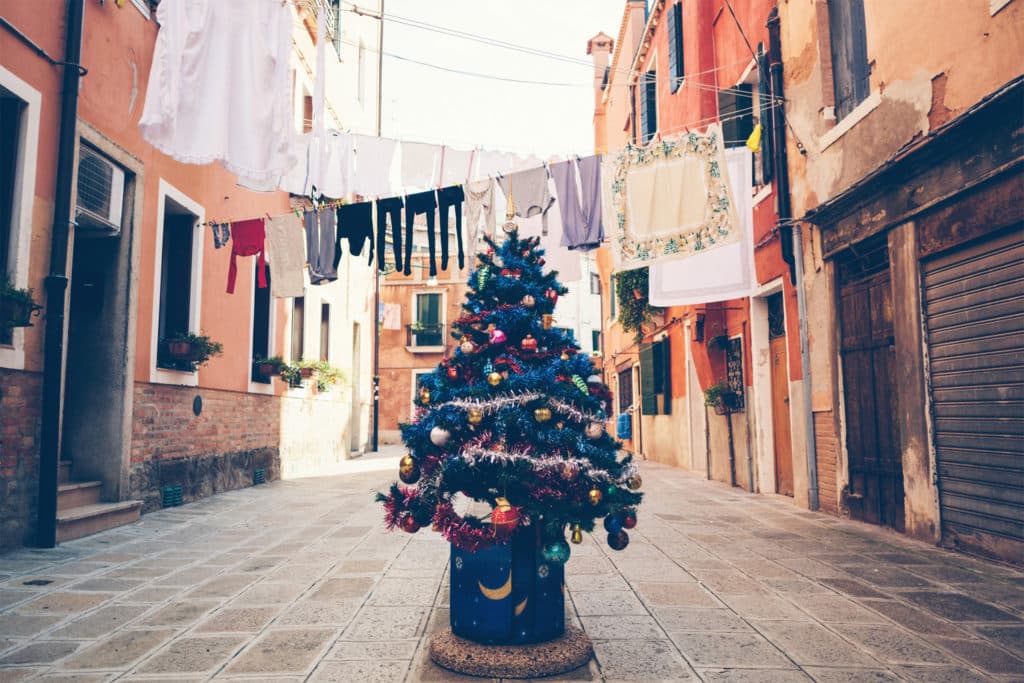 What Is The Main Christmas Meal In Italy?

To understand traditional Italian Christmas food, let’s discuss how the holiday is celebrated. Italians generally linger over meals longer than Americans, especially during Christmas, when meals might stretch over six hours.

The holiday season runs from the feast of the Immaculate Conception on December 8th through Epiphany on January 6th, but Christmas is celebrated over three days from the 24 to December 26th.

Thanks to its Catholic background, where it’s prohibited to eat meat the evening before a religious holiday, Christmas Eve is a meat-free meal.

Instead, you’ll find plenty of seafood as part of traditional Italian Christmas food. If you go to a market on the 23rd or 24th, you’ll see the fishmongers working on overdrive to fulfill the many orders.

In Central and Southern Italy, the feast is known as “Cenone della Vigilia” a multi-course Christmas Eve dinner that usually includes appetizers, pasta, and fish. The focus is on fresh, prepared dishes with a seafood centerpiece like baccalà (salt cod) or capitone (eel).

In Northern Italy, a Christmas Day lunch is much more common than a Christmas Eve celebration, and pretty much any food (including meat) is okay to serve. Across the country, this is a day to gather with family and make Christmas lunch an all-day affair.

December 26th is also considered a holiday in Italy, and it’s another day when most Italians gather for yet another family lunch of traditional Italian Christmas food.

Commonly on this day, people will reinvent their leftovers, aka avanzi, into new dishes. Say, with leftover pasta mixed into eggs for a frittata or roasted or braised meats shredded into a pasta sauce. 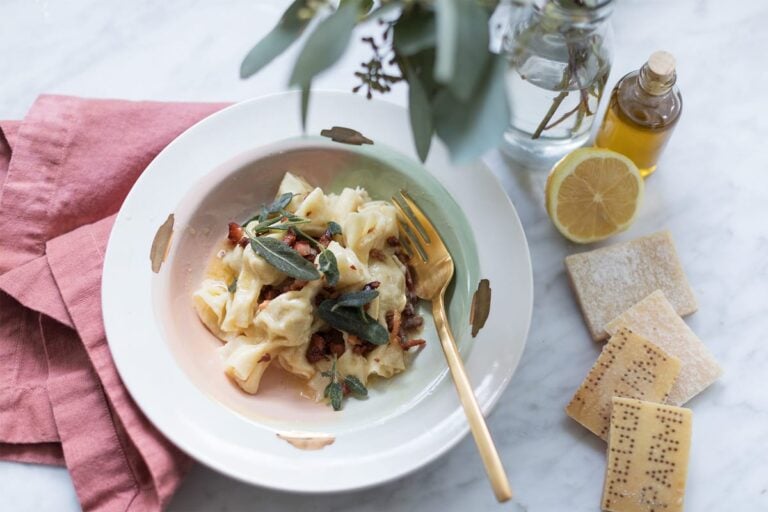 What Is Traditional Italian Christmas Food?

As with almost everything in Italy—from language to pasta shapes—it varies regionally. But you generally find seafood dishes on Christmas Eve, while roasted meat, pasta, and soup or vegetable sides are served on Christmas Day. And, of course, there are desserts aplenty!

Traditional Italian Christmas meals in Italy contain several courses, and, after the appetizers of antipasti, pasta or risotto is the first course.

In Piedmont, you’ll find classics like agnolotti in broth or tajarin served with pancetta or mushrooms along with crowd-pleasers like ravioli (often a spinach pasta or filled with meat).

Meanwhile, in Trentino-Alto Adige, the local dumpling known as canderli made with cheese,  butter, Parmigiano Reggiano, and sage are more common.

In Lombardy, you’ll encounter the classic Mantoan pasta of pumpkin and amaretti Tortelli or find casoncelli from Bergamo served in broth.

Because rice is a significant crop in Northern Italy, risotto also abounds, especially in Venice, where risi e bisi (rice with peas) is served.

As one of the food capitals of Italy, it’s no surprise that most in Emilia Romagna serve traditional pasta dishes like lasagna Bolognese.

Throughout central Italy, from Bologna through Tuscany and in Le Marche, you’ll find tortellini o cappelletti served in a rich, slow-cooked broth. Also, in the Marche, they often serve the tomato and meat pasta known as maccheroncini di Campofilone.

Almost every corner of Southern Italy has a classic pasta dish they make on Christmas.

In Campania, you’ll encounter spaghetti with clams (some things with fish roe or bread crumbs added. In Puglia, the classic orecchiette con Cime di Rapa (ear-shaped pasta with broccoli rabe) gets a twist with anchovies or tuna. Meanwhile, in Sicily, the iconic pasta con le sarde, pasta with sardines, is typical.

Finally, baked pasta in Calabria is just one of 13 courses served on a traditional Christmas Day menu, along with sausage and broccoli rabe, meatballs, and ‘nduja salame.

You may have heard of the Feast of the Seven Fishes. But the meal is an Italian-American concept and not one of the traditions in Italy. Many people visiting Italy during Christmas expect Italians to eat the meal on Christmas Eve. Even so, you find seafood served on Christmas Eve in Italy.

Though seafood is more common in the South this time of year, there are a few traditional dishes. For example, eel is cooked on parchment paper in Lombardy, while there is often polenta with salt cod in the Veneto region.

Like in the Veneto, in nearby Emilia Romagna, you find a few types of baccala or salt cod dishes where it’s steamed or even fried. Down in Lazio, make salt cod and eel; over in the Molise, there is a twist on salt cod made with bay leaves, oregano, pine nuts, and raisins.

Residents in urban areas like Naples like to make eel dishes. They may grill their eel, deep-fry it, or roast it. As mentioned earlier, many kinds of pasta use seafood, from mussels to clams to salted cod and calamari. Others prefer anchovies. In addition to making pasta with anchovies, some Italians bake anchovies with bread crumbs and capers.

Many families in Italy like to serve a roasted capon as their main course on Christmas Day. A capon is a rooster that a farmer castrates before it becomes mature. This makes the meat more flavorful, even as the rooster gets older.

Some families serve two capons, boiling one and roasting the other. You can stuff your capon with walnut stuffing and then eat it with its natural juices spooned over its top.

A holiday dish known to Italians but not Americans is quaglie con melograno or quail with pomegranate. Pieces of quail are marinated in pomegranate juice and then braised or roasted. You can also find guinea fowl roasted and stuffed with ground meat and spices.

In the Val D’Aosta region, you’ll encounter carbonade, a meat dish cooked in red wine and often served with goat salumi. In Piedmont, the classic bollito misto often makes an appearance. In Friuli, there is a dish made with broccoli rabe and cotechino pork sausage though tripe is also very common.

True to form, the Tuscans serve the classic chicken liver crostini and dishes like roast guinea fowl,  duck, or even bardiccio, a sausage made with spiced pork and fennel. The Umbrians usually roast guinea fowl or pigeon, while roast lamb or braised beef is typical in Abruzzo. 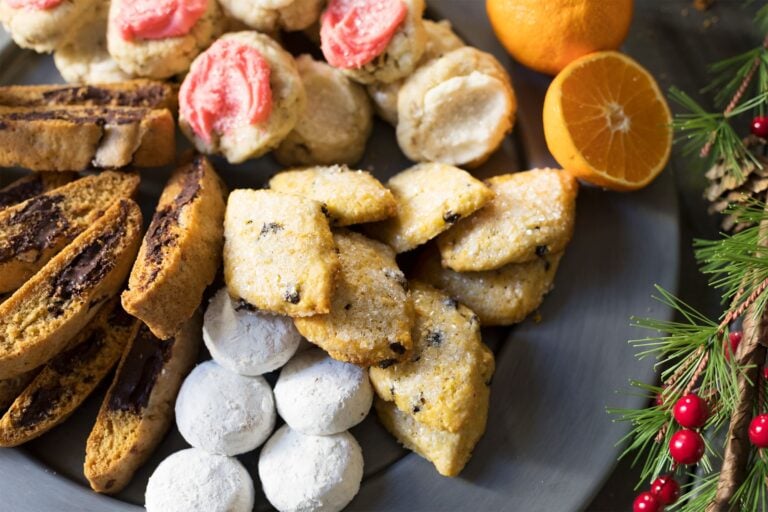 There are numerous classic Italian desserts you find among traditional Italian Christmas foods. But no Italian meal is complete without cookies, be they walnut shortbread cookies, Zaletti, or traditional biscotti. But there are also holiday-specific desserts:

It isn’t Christmas in Lombardy until a panettone is served. This brioche-like sweet yeasty Christmas cake originated in Milan, and it is often considered an Italian fruitcake because it is traditionally made with dried fruit or nuts.

A quality panettone will be heavy for its size and rather pricey as it has loads of eggs and butter. If you’re in Milan, head to Pasticceria Martesana, where they sell panettone year-round.

Over in Verona, the similar but different Pandoro is king. It is buttery, star-shaped, and dusted with powdered sugar. Both are delicious, topped with whipped cream or fresh fruit, toasted with butter, and served with coffee. Try them for yourself at Eataly.

In Tuscany, you’ll find beloved sweets like ricciarelli ( soft almond flour cookie) and panforte (a fruit and nut sweet from Siena during Christmas) and less-common dishes like castagnaccio, a cake made with chestnut flour, pine nuts, and raisins.

In Abruzzo, a chestnut puree is found along with almonds in caggionetti, a fried sweet ravioli.

Desserts tend to get sweeter and more numerous the farther South you go in Italy. As such, it’s a long list of what you’ll find for dessert among traditional Italian Christmas foods.

In Sicily, classics like cassata and cannoli are standard, while the tower of little fried dough and honey, known as struffoli, is ubiquitous. Throughout Italy, but especially in the South, you’ll find the nougat known as torrone.

You don’t need to fly to Italy to get great Italian food (though, if you want to, we’re here to help plan your travel!) Here at Salt & Wind Travel, we have all sorts of Italian recipes you can add to your holiday spread.

Looking to travel to Italy to try traditional Italian Christmas food for yourself? Our travel planning services are here to help — head here to get started! 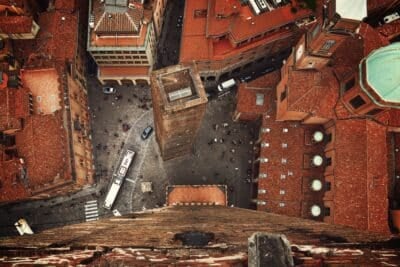 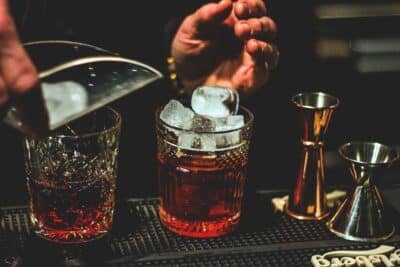 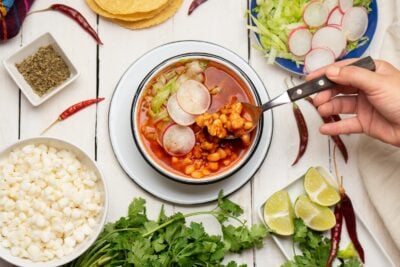 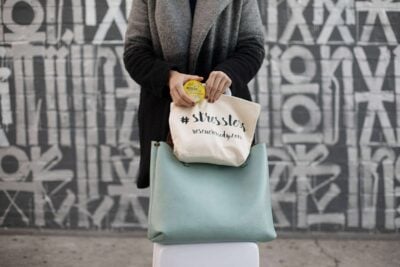