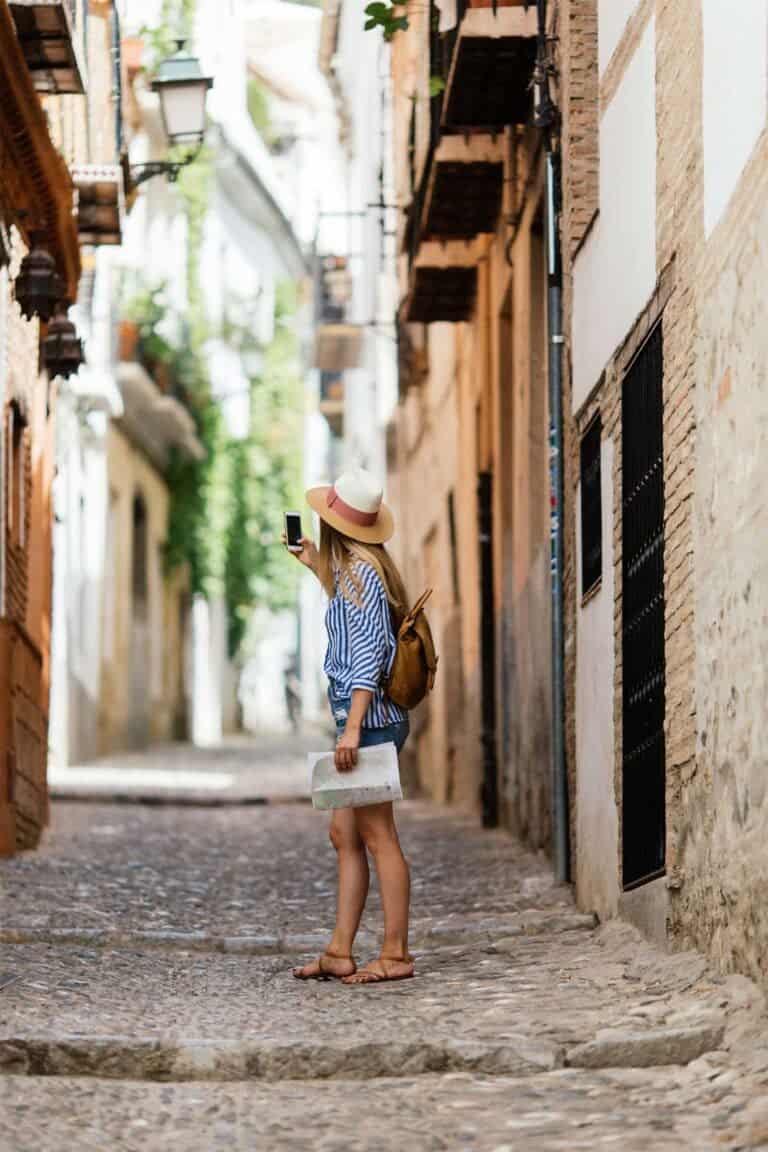 We here at Salt & Wind have big love for Spain.

And, let’s be real: how could we not be enamored with a place that’s a mix of rustic villages, jaw-dropping art, and classic sangria?

Even so, planning a trip to Spain often requires real prep if you want to get the most out of your travels. The country has an eclectic mix of climates, cuisines, and cultures, so, no surprise, there is a lot to know. With these 13 essential Spain travel tips in your back pocket, your vacay will be as breezy as sipping a glass of cava beachside.

Learn A Little Of The Language

Even in the age of translation apps, a few language skills go a long way. Learn some basic phrases not only to ask questions but also to greet and thank people (of particular importance when you shop and dine in Spain).

Even Though Spanish Isn’t The Only Official Language

Yes, Castilian Spanish is the official national language of Spain, but there are four other languages that are official in the regions where they’re spoken.

Catalan is not just spoken in the region of Catalonia, but also in the Balearic Islands, and the Valencian Community (though it’s known there as Valencian). Galician is spoken throughout Galicia and parts of Asturias, and Basque (aka Euskarian and one of the oldest and most unique languages in the world) is spoken in the Basque country as well as the Basque-speaking area of Navarre. Finally, Aranese is spoken in the northwest corner of Catalonia by fewer than 5,000 people.

While just about every local will know Castilian Spanish, many might also speak one of these other lesser-known languages, so have your Google Translate at the ready.

And Not All Locals Consider Themselves Spaniards

Locals in certain areas of Spain (particularly the Catalonia and Basque regions) do not consider themselves Spanish and have even mounted real fights for independence throughout the years. For that reason, the subject of nationality is a touchy one that should be avoided until you really get to know somebody.

Okay, it’s not quite air-kissing but Spaniards often greet each other with a kiss. To be real, it’s actually done by touching cheeks and making a kissing sound rather than actually kissing each other’s cheeks. While women do this with friends and strangers alike, men usually only do so with close friends.

The Siesta Culture Is Not What It Used To Be

The age-old tradition of the siesta (aka that mid-afternoon rest time where people nap and shops close) is nowhere near as popular as it once was. Compared to the other Europeans, the Spaniards actually work more hours annually and most modern Spaniards no longer head home to nap in the middle of their workday.

Yet Many Shops Still Close In The Afternoon

While midday siestas are no longer the norm, many businesses (particularly independently-owned shops in smaller towns) still close for a few hours in the afternoon. Also, many shops in big cities that don’t even close in the middle of the day stay open until around 10 PM.

Be forewarned: Spaniards eat way later than Americans. As in Spaniards usually eat lunch between 2 and 4 PM and dinner after 8:30 PM. In fact, in many areas, you’ll be hard-pressed to find a place to eat dinner earlier than 8 PM and, if you can, know it’s likely catering to tourists.

One of the most important Spain travel tips for food lovers: there are a lot of regionalities when it comes to Spanish food. In other words, some of the dishes you may think of as “Spanish” are actually regional.

For example, paella is from Valencia, cocido madrileño is from Madrid, and the coca is from the Balearic islands. So while some of the most popular dishes — patatas bravas, paella, bocadillos — have made their way onto menus across the country, that’s not always the case.

The bottom line is to lean into the country’s culinary regionality and doesn’t automatically assume that your favorite Spanish foods will be available just anywhere.

Here in the United States, we’re major tippers but that’s generally not the case across Europe, including in Spain. For good service, you’ll often leave 10% to 15% at most restaurants, whereas you’ll leave a few coins and call it a day for something smaller like a coffee or sandwich. These days a lot of restaurants include service so check for it so you don’t double tip.

Oh, and know that it’s very uncommon to leave your tip on your credit card so keep some cash on hand for tipping.

The Pickpocketing Problem Is Real

One of the most important things to know before visiting Spain: pickpocketing is a legit issue. Barcelona is unofficially known as the pickpocketing capital of the world but it can also happen on public transportation and in touristy areas all over the country. Be smart, alert, and, take heed from the locals and keep a constant watch on your belongings.

If you have a crossbody bag, use the strap to place it across your body, then keep your hand on the strap where it meets the bag, and keep it tucked under your arm. As for those belongings, try to leave the sacred chocolate bars and other treasures you purchase throughout your travels in a safe place.

Perhaps one of the best travel tips to know when planning a trip to Spain is that the country has excellent public transport services. Between the underground railway systems (or metros) in Madrid, Barcelona, Bilbao, and Valencia, bus services in all major cities and towns (generally the cheapest option), and long-distance coach services between major cities, it’s not too hard to get from one place to another. This, of course, gives you yet another reason to add as many parts of the country to your Spain itinerary as possible while you’re there!

Flights Can Be Cheaper Than Trains

No doubt that a ride along the countryside makes for a beautiful Spain travel memory, but, it’s not always the cheapest travel option. Sometimes opting for a flight from, say, Bilbao to Malaga can be a less expensive way to travel. Of course, it’s also a great way to save time if you’ve got lots of places to hit on your Spain itinerary.

It’s Not Always Warm And Sunny

Depending on where you are and what season it is, you could get hit with all different types of weather during your Spain travels. It might be super rainy up north in San Sebastian and Galicia while it’s balmy in Barcelona. It’ll get chilly (and sometimes even snowy) pretty much anywhere further north from November to May so be sure to add an umbrella and lots of layers to your packing list!

Traveling to Spain and wondering which tours and activities to do? Need help with reservations? Or with crafting a custom itinerary? Sounds like you’re in need of our Travel Planning Services!