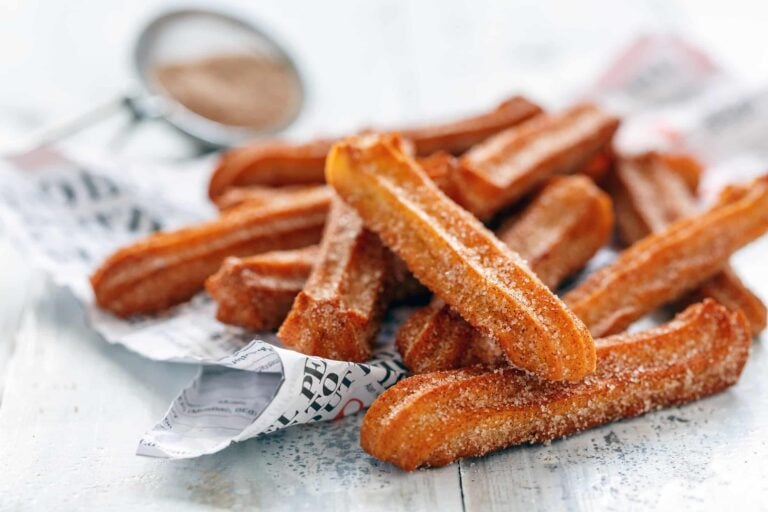 Regarding breakfast, most of us are divided into two camps: team sweet or team savory.

In Spain, most locals are squarely in the team sweet category as they often greet the day with churros con chocolate. Yes, that’s churros with liquid chocolate we’re talking about, and yes, it’s delicious and has been happening in Spain for hundreds of years.

You can find churros sprinkled with cinnamon sugar in the States, but churros originated in Spain (sans cinnamon or sugar), and we’ve got to give credit to where the sweet snack originated. Unsurprisingly, like so many other food trends, there’s a catch to the history of churros.

Like the debated origins of Spanish tapas, pinpointing the churro’s creation in one country is like asking us to choose our favorite wine region: Franciacorta? Sonoma? Valle de Guadalupe? In either case, it’s hard to say. 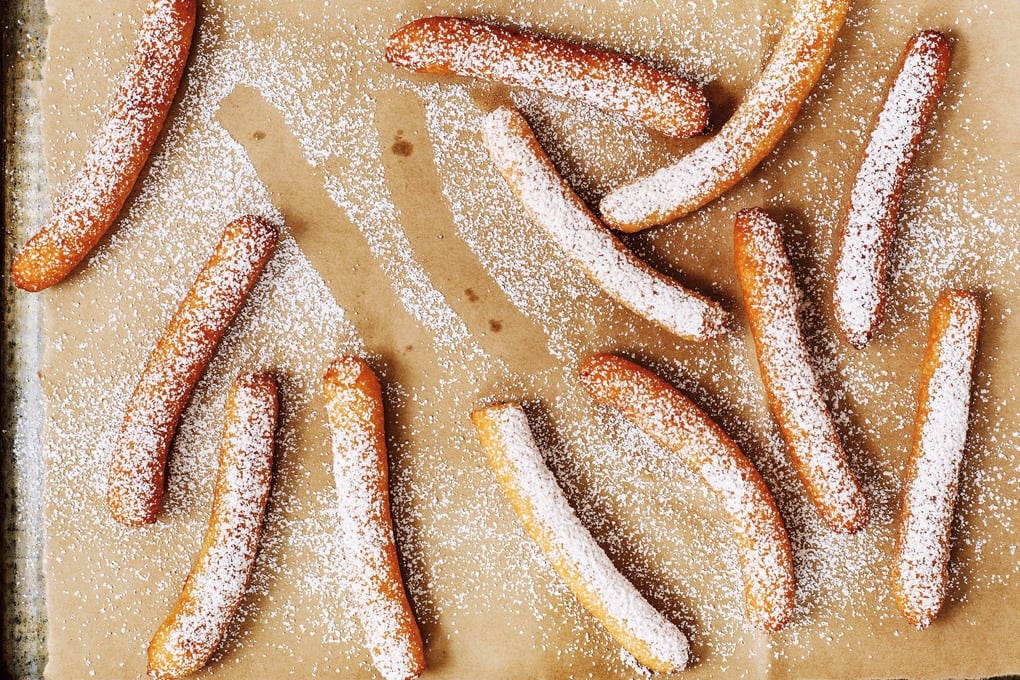 A Brief History Of Churros

You have to start by asking yourself: what exactly is a churro? When it comes to the history of churros, it isn’t very easy. Some historians say that the Spanish churro is a descendant of a Chinese pastry called youtiao.

The Chinese pastry is fried in oil and looks like two long, conjoined breadsticks and isn’t dressed in sugar or dunked in chocolate as you’ll see in Spain (or in the States, Mexico, South America, or filled with guava in other countries, but more on that below.) The story goes that Portuguese explorers brought Youtiao back to Iberia, where it then took on its distinct, star-edged shape and sweetness as the pastry gained popularity throughout Spain.

Others say that the history of churros is thanks to Spanish shepherds who fried a dough made of flour, water, and salt – the same base ingredients (in addition to butter and eggs) for the churros we know today – as a substitute for fresh bread. The story also goes that the name for the pastry was supposedly inspired by the ridged horns of the native Churra sheep, an aesthetic which the fried treat takes after.

While the history of churros may be fuzzy, it is more certain when chocolate got involved. Churros were introduced to South America during the Spanish Inquisition in the 1500s. Around the same time, the Spanish returned to Europe with cacao, which they sweetened with sugar cane to make the kind of thick, hot chocolate that’s perfect for churro dunking.

It’s a tradition that very much lives on today, and the iconic spot to do so in Madrid is Chocolatería San Ginés. Opened in 1894, San Gines is open 24-hours for a churros con chocolate fix (an especially fun stop after a night on the town).

On your first or next trip to Spain, these tips will help you locate one of Spain’s favorite gastronomic traditions, from where to find churros to a primer on its other delicious cousins, and a list of some good bets in Barcelona to try them. 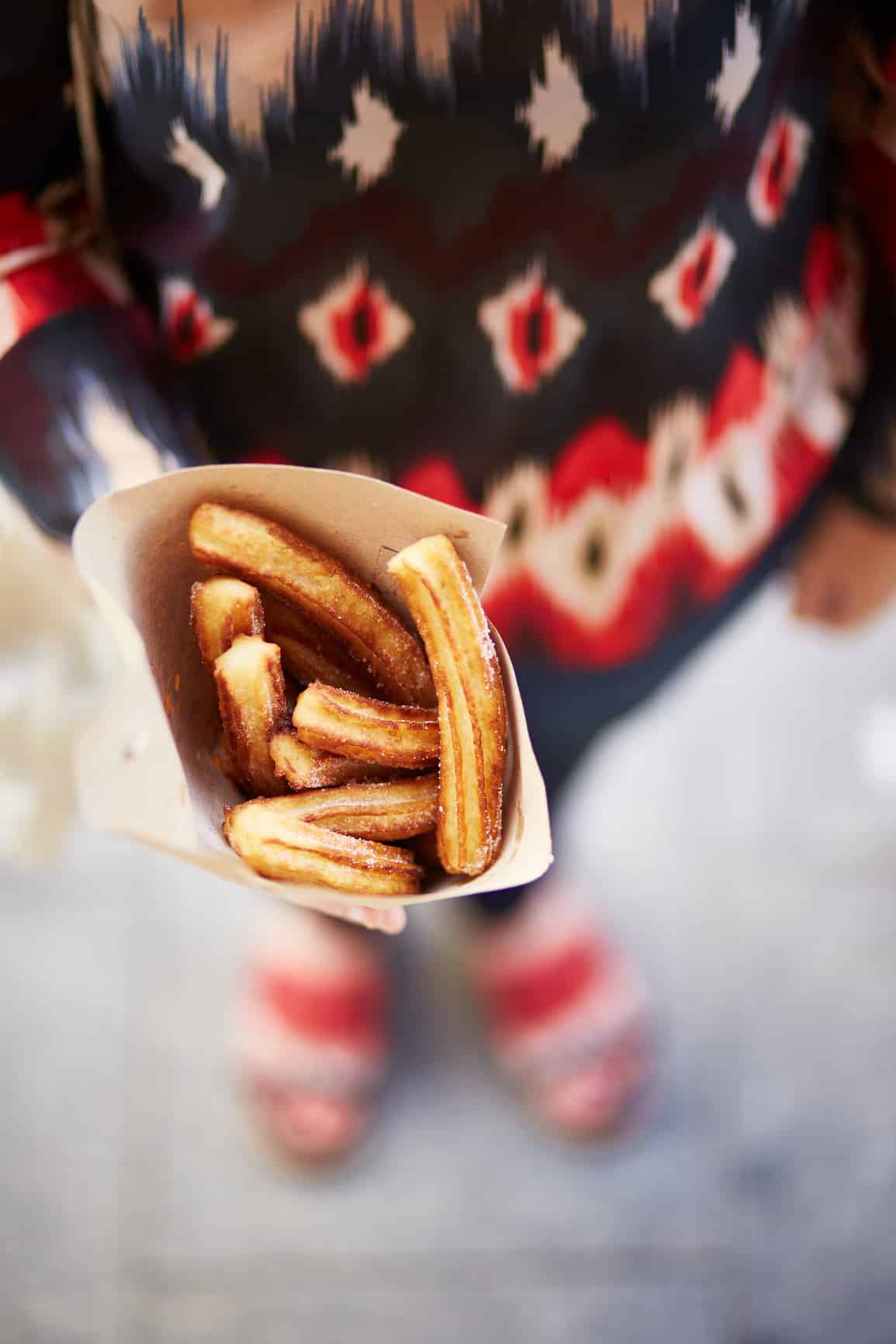 Where To Get Churros In Spain

In Spain, you’ll find churros at cafes with names like cafetería or granja (fun fact: a Granja was traditionally where dairy was sold), as well as snug shops specializing in churros. They’re called churrerias, or xurreria – and pronounced the same way, by the way – if you’re in Catalonia, like Barcelona.

And, since churros con chocolate is a common breakfast in Spain, you can bet that by 7 or 8 AM, some cafes and churrerias will be open for your first meal of the day. If you aren’t much of a sweet tooth or require a jolt of caffeine in the morning, you can always order a cafe con Leche to pair with your churros.

Like much of Spanish cuisine, churros come with regional characteristics and variations. The thicker Porras are more commonly found in Madrid and the Andalusia region (that’s the South, and includes the cities of Seville and Granada). In Granada, they also have a more buttery and eggy variation, called tejeringo. Then there’s the buñelo — the fried goodness that is shaped like a doughnut similar to another of our favorite doughnut creations, the Portuguese malasada!

Types Of Churros Around The World

In other corners of the world, facts about churros get their own unique, regional spin as well. Often time in Mexico, churros are filled or served with dulce de leche or cajeta – variations on caramel-like they do at our go-to spot in Mexico City, El Moro.

In Brazil, you’ll find churros for dipping in doce de Leite, their version of caramel, while things get fruity in Cuba, where you’ll find churros stuffed with guava-filling. There are savory versions, too, like the cheese-filled churros de queso in Nicaragua.

Where To Get the Best Churros in Barcelona

In the Catalan capital, these are our must-stop xurrerias for what we believe are truly some of the best churros in Barcelona:

Heading to Spain soon? Share your adventures with us by tagging @saltandwind and #swsociety on social! 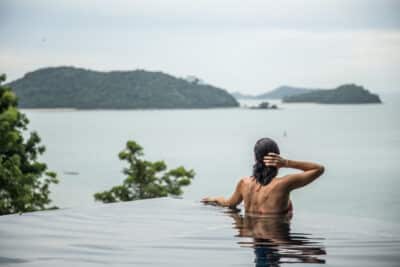 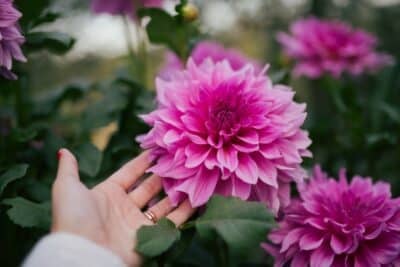 Markets
Get To Know The Carmel By The Sea Farmers Market 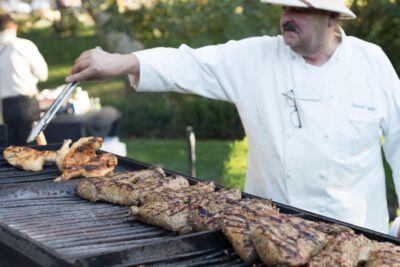 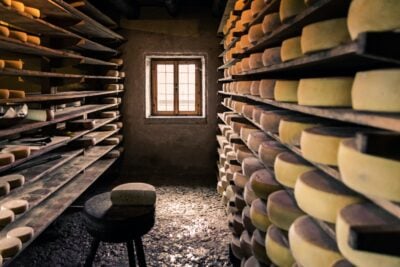