Essential Tips To Know Before Traveling To Mexico 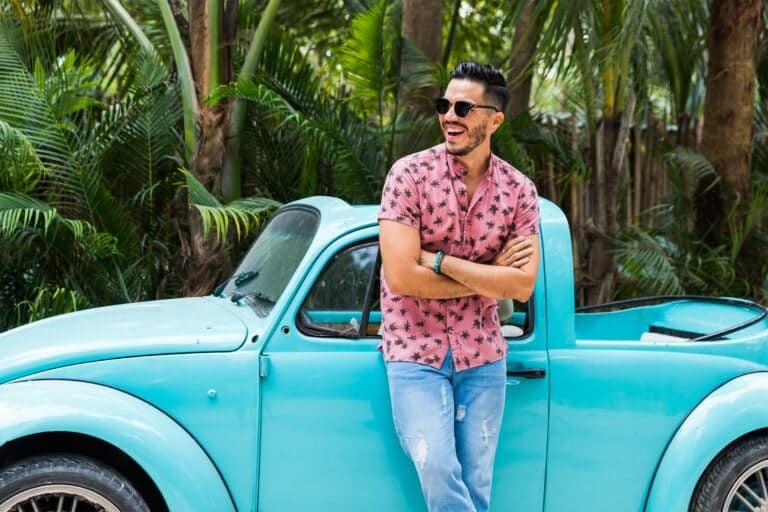 What we’re 100% certain about? Salt & Wind Travelers do not tick any boxes on the list of “Signs You’re Being An Ugly American When You Travel To Mexico.”

Even so, traveling can be hard, especially when you’re traveling somewhere for the first time. No matter where you go our top travel advice remains the same: learn a little of the language and familiarize yourself with local customs and practices. In other words, aim to fit in more than you stand out.

The Essential Tips To Travel To Mexico

Before you embark on your next trip to Mexico, here are a few key tips. Then, along with a review of the FAQs asked by our concierge clients and one of our travel guides, you’ll be ready to travel in style!

As with pretty much any travel experience, knowing some of the languages will make for a better trip. But even if you have studied some Spanish, you’ll likely come across words you don’t know when you travel to Mexico because there is quite a bit of Mexican slang that is unique to the country.

While you aren’t expected to use slang when you talk (in fact, it can be kinda jarring unless you’re fluent), it’s super useful to know to better track conversations.

Get Great At Greetings

Mexicans are social people so proper greetings are the norm: make an effort to greet everyone you encounter from servers to hotel staff and shop owners.

Depending on the time of day, greetings range from “Buenos Días” (good day) or “Buenas tardes” (good afternoon) to “Buenas Noches” (good night) or even a simple “hola” (Hello). Also, when you leave a place (restaurant, bar, hotel, or shop) it is common to say “gracias” (thank you) or “Adios, Que Tengas Buen Día” (bye, have a great day).

Just a quick FYI that interrupting a conversation in order to greet someone is common and generally not considered rude so don’t be put off if it happens.

And Know Many Greetings Are Physical

The majority of greetings in Mexico involve physical contact; rather than just saying “Hello,” people offer a handshake or, for friends and family, a hug and/or a kiss. As a traveler to Mexico, a handshake will suffice and is usually repeated when saying goodbye.

Hospitality Is A Major Focal Point

The Mexican culture prides itself on its hospitality and kindness, so people in the service industry focus on providing a high-quality service to guests at all times. Add to it that Mexico has seriously high unemployment so those who do have a job appreciate it deeply.

Tipping Is Not Optional

This leads to tipping. In Mexico, tipping is highly expected in pretty much all the same situations you’d tip when in the United States. Also, just like in the States, your tip reflects the quality of the service you received, with the average tip being between 15% to 18%.

Oh, and one last note on tipping. Unlike in the United States, there is not a line to leave a tip on your bill in Mexico. Instead, tell your server how much of a tip you want them to add to the bill before they charge your credit card.

Of course, this only applies if you want to leave the tip on the credit card– if it’s cash, just go ahead and leave it on the table as you’d do stateside.

Your Credit Card Should Never Leave Your Sight

If you’re paying with a card, your server will always bring the credit card terminal to your table to run it. They’ll confirm the total amount that they will be charging and insert your card in front of you or even have you insert the card yourself.

Your Meal Is An Event

Meals are a big thing in Mexico and not just because of the food — quality time is a major priority for Mexicans as is evident by how much time they spend at the table.

The “post-dinner” or “post-lunch” hang is such a common occurrence in Mexico that there is even a term for it: sobre mesa. The term translates to “over the table” but it represents a time to be in the moment, engage and converse and enjoy company, frankly, it’s one of our favorite times of the day.

In Mexico, there are four major meal times; Desayuno (breakfast), comida (lunch), merienda (tea time/ snack), and cena (dinner). Not everyone eats all four meals every day but they will often be referenced when you’re making plans with friends. Side note: you’re correct that the word “comida” literally translates to food. However, in Mexico “comida” has two meanings: the traditional meaning where it refers to the food itself as well as a way to refer to lunchtime.

Pretty much everything in Mexico happens a bit later than in the States and that includes meals. It’s not unusual for people to have breakfast at 9 or 10 am. In turn, lunch is between 2:00 pm to 3:30 (people who have lunch before 2 pm are “early birds”). And even dinner happens later — it is common for Mexicans to do dinner anytime from 8 pm to 10 pm or even later on weekends or special occasions.

And Know Service Can Move Slower

We like to think that when you have a culture with a history as old as Mexico, things move a little slower because, well, it’s all relative. That’s to say that most any kind of service from restaurants to hotels or rental cars – will likely take longer in Mexico than – it would stateside.

Open-minded travelers who are sympathetic to the changing environment of foreign countries will always find a way to enjoy the moment.

Keep Tabs On The Tap Water

The quality of tap water varies throughout the country of Mexico. Some cities and towns in Mexico have excellent public water systems and local people drink water from their taps but that’s not always the case.

To play it safe, we generally recommend you do not drink tap water while in Mexico (though we do wash our face and brush our teeth with it and don’t have any problems).

Most hotels offer guests at least one bottle of purified water at no extra charge and you could always call and ask for more or stop by a convenience store and buy your own bottled water at a better price.

Tourists sometimes interact with locals through photography, asking locals to either take a photo of them or simply take a photo of the locals. Alike in any other country taking photos of a person without asking them for permission might be interpreted as a sign of disrespect.

Be sure to ask before you take a picture of a person or of a person’s belongings, anything from their restaurant, their products, their pets, or their family is considered to be personal.

There you have it: the top tips to know before you travel to Mexico. Any other tips you’ve learned during your travels? Share them with us in the comments below!