How To Make An Amazing Old Fashioned Cocktail 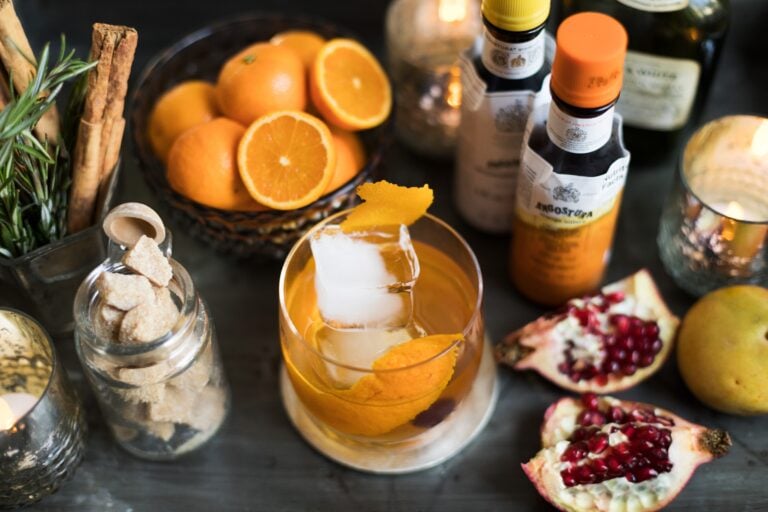 The season of celebrations has arrived and we’re toasting it with a classic Old Fashioned cocktail. Seeing as the start of November marks the launch of Old Fashioned Week, we can’t think of a better time to celebrate this timeless classic.

What Is Old Fashioned Week?

During this ten-day extravaganza, several international brands – including the one most intertwined with this signature drink, ANGOSTURA® aromatic bitters – and more than 1,200 bars worldwide will pay homage to the world’s oldest cocktail, the Old Fashioned.

We’re taking that as a sign to mix up the old-school Old Fashioned with several twists on the classic, from seasonal to modern.

What Is The Old Fashioned Cocktail?

Here is a bit about how this cocktail became the most popular in the world and everything you need to know to make the perfect Old Fashioned cocktail. 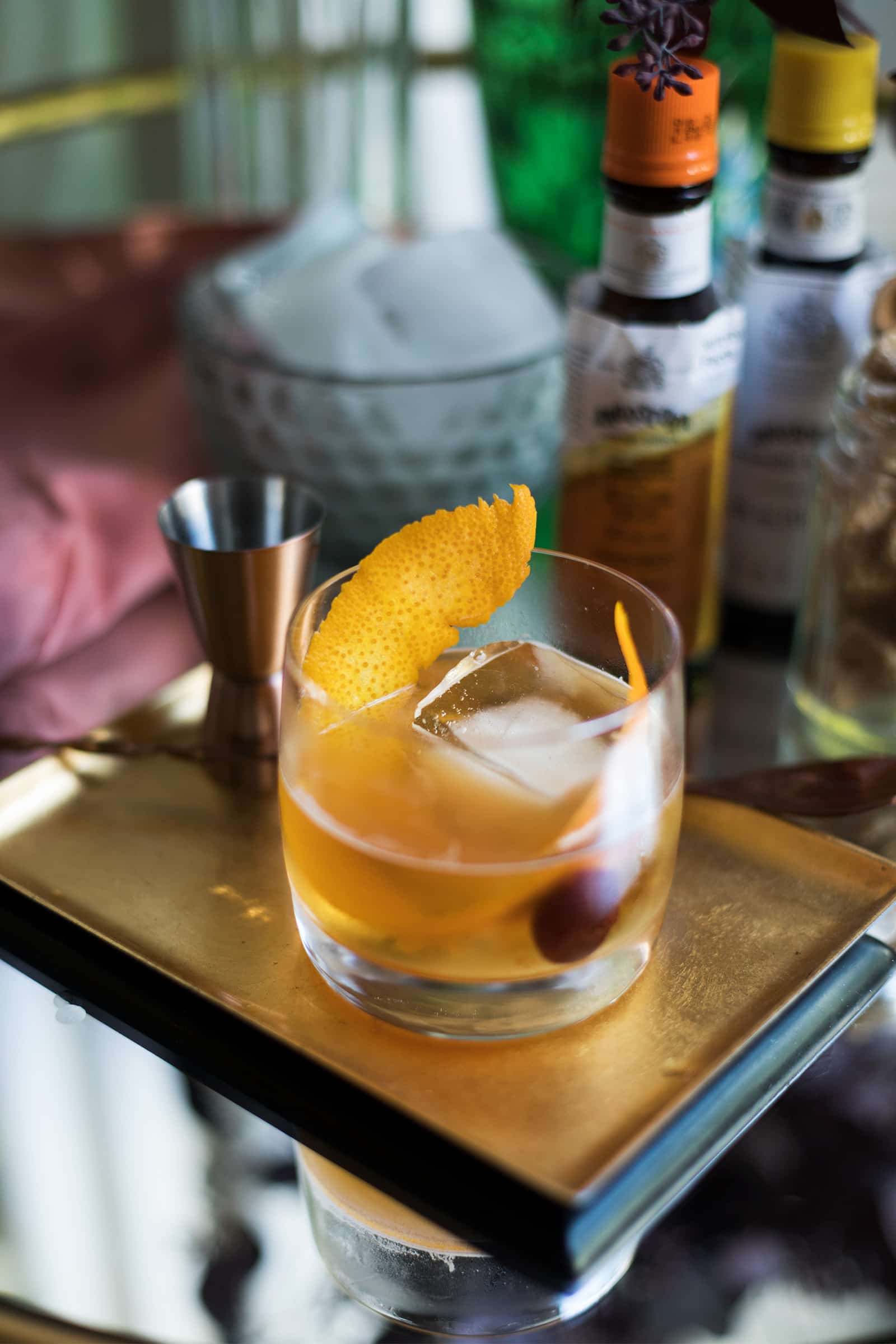 The History Of The Old Fashioned Cocktail

As food and history lovers, we’re very much partial to drinks with a storied past, and the Old Fashioned cocktail does not disappoint. Dating back to the early 1800s, the Old Fashioned is one of the oldest cocktails of all time – fitting, after all, for a drink named “Old Fashioned.”

The Old Fashioned was created in Louisville, Kentucky, during the 19th century in honor of a bourbon distiller. But the cocktail gained popularity when he brought it to the famed Waldorf-Astoria Hotel in New York City.

Through the years, the basic recipe for the cocktail has been made pretty much the same, with a combination of premium ingredients like bourbon, sugar, citrus, and the essential ANGOSTURA® bitters. As such, the popularity of this classic cocktail has never waned, and it is now revered as one of the world’s most popular cocktails. 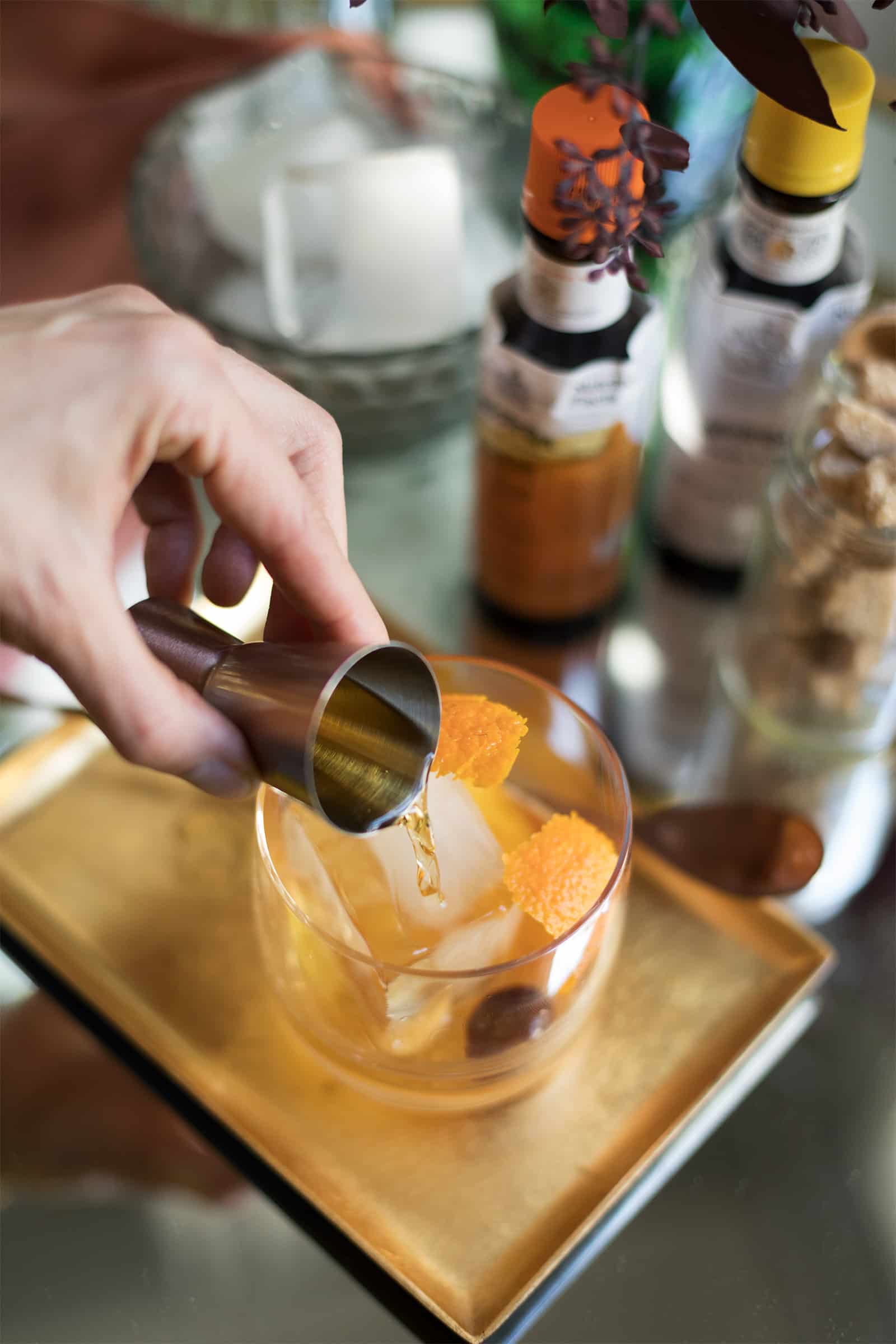 How to Make A Classic Old Fashioned Cocktail

The classic Old Fashioned cocktail isn’t all that complicated, but a few key things make it go from good to amazing.

First of all, let’s talk about what’s in the glass – a classic Old Fashioned cocktail is built in a rocks glass and combines rye or bourbon, sugar, ice, ANGOSTURA® aromatic bitters, and a citrus peel.

Variations On The Old Fashioned Cocktail

There are countless twists on the timeless Old Fashioned cocktail recipe – here are a few of our favorites right now: 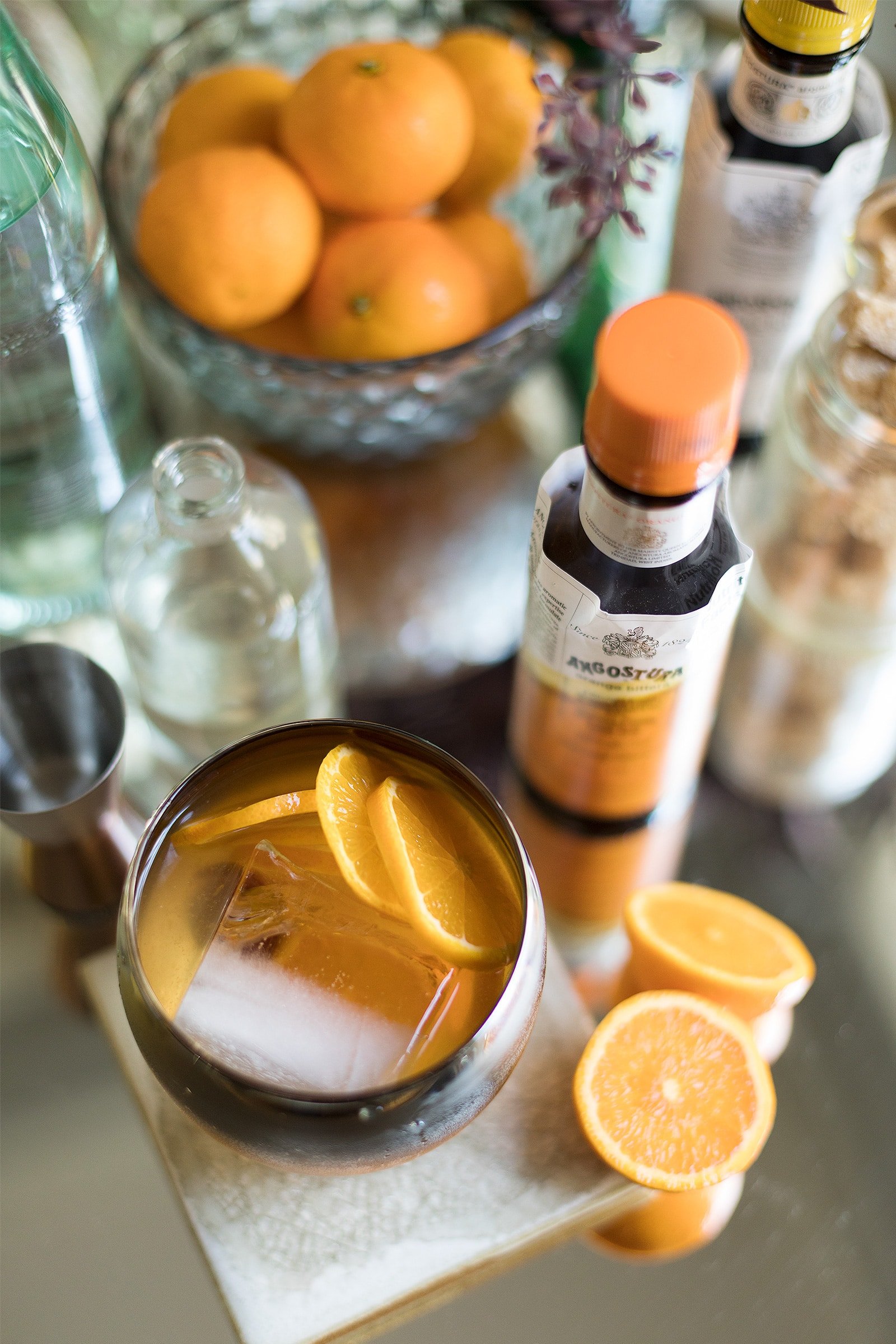 To make this twist on the classic Old Fashioned cocktail, we added our favorite aged añejo tequila in place of the traditional spirit of bourbon or rye and garnished with slices of mandarin instead of an orange peel. 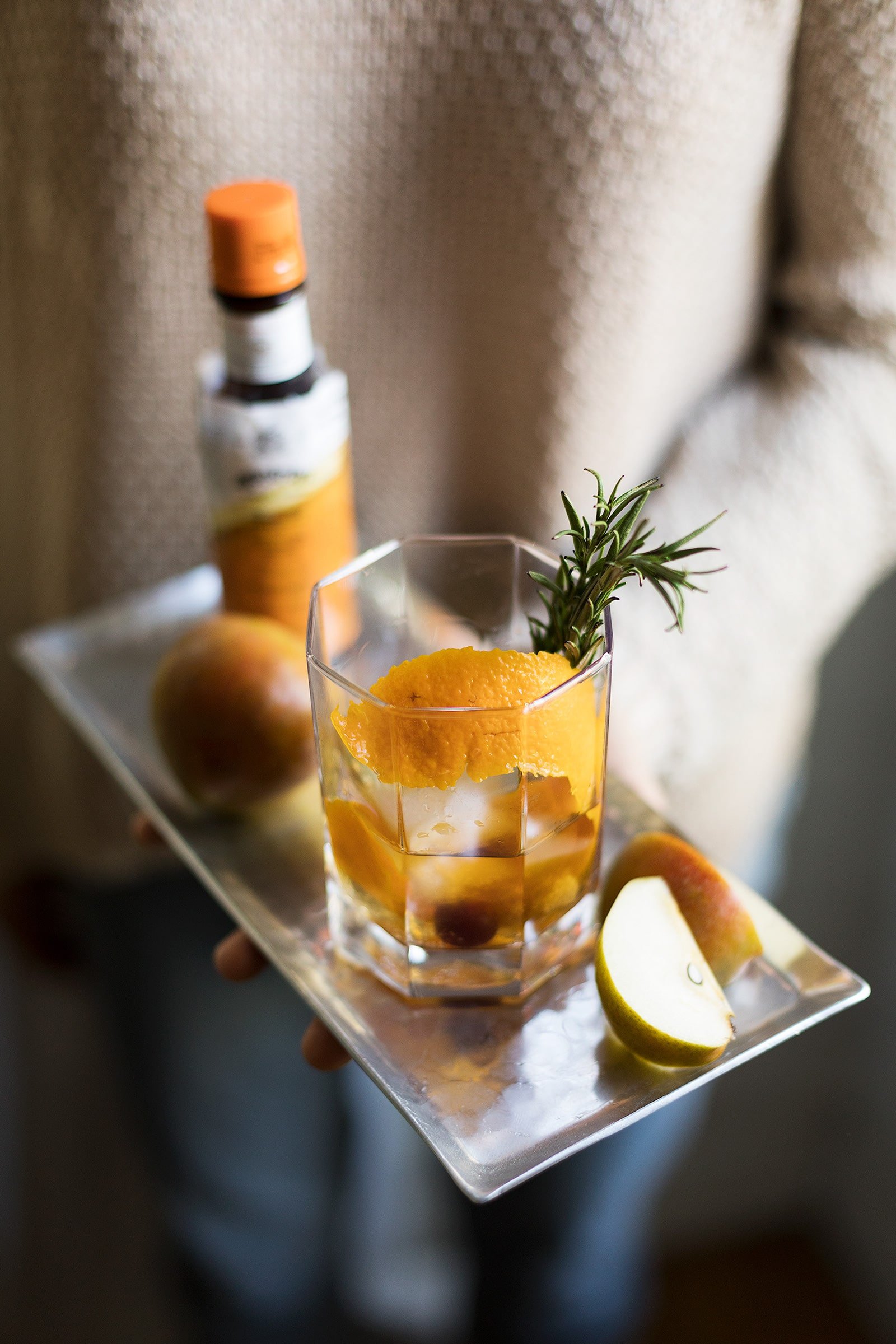 Instead of using a sugar cube, we make a simple syrup with equal parts boiling water and sugar and stir to dissolve. Add in a couple of fresh rosemary sprigs, then let it hang out just a few minutes to allow the herbal flavors to seep in. until you get herbal flavors. Remove the rosemary, let the syrup cool, and then use ¼ ounce of simple syrup for every cocktail you make.

Garnish it by taking a fresh rosemary spring, smacking it between your hands over the finished cocktail to unleash the aromatic oils, then pop it into the cocktail to serve. 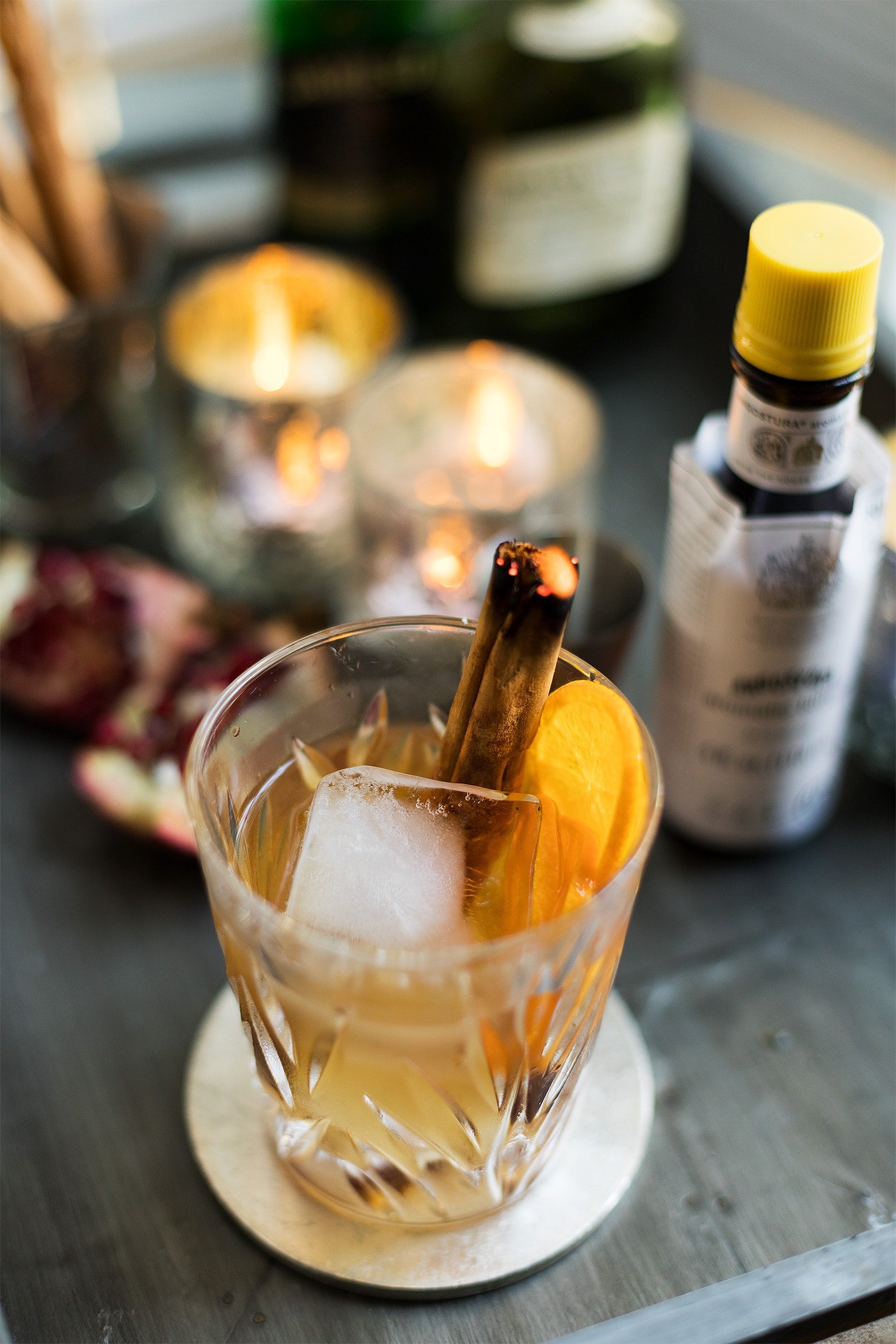 To make this, use orange bitters, your favorite smoky whiskey, and then light the end of a cinnamon stick before serving. The smoke’s aroma will amplify the whisky’s smokiness and give you major holiday fireplace vibes! 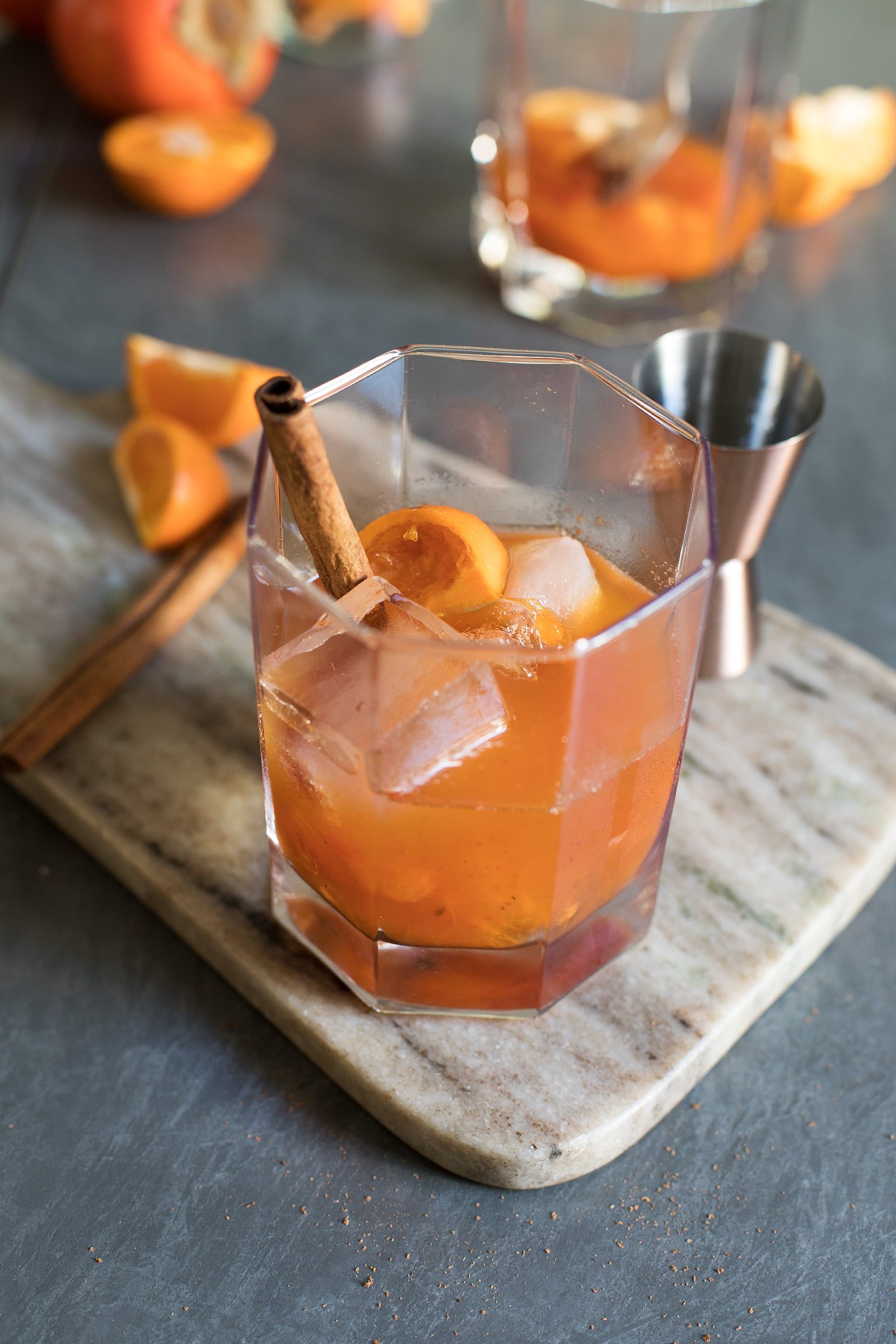 Made with muddled persimmons, this recipe is one of our favorite twists on the Old Fashioned cocktail during the fall season!

Truth be told, you can make this classic cocktail using an array of spirits, liqueurs and garnishes to achieve a variety of flavor profiles. No matter how you drink your Old Fashioned, one thing remains consistent – it’s never complete until topped with ANGOSTURA® bitters. 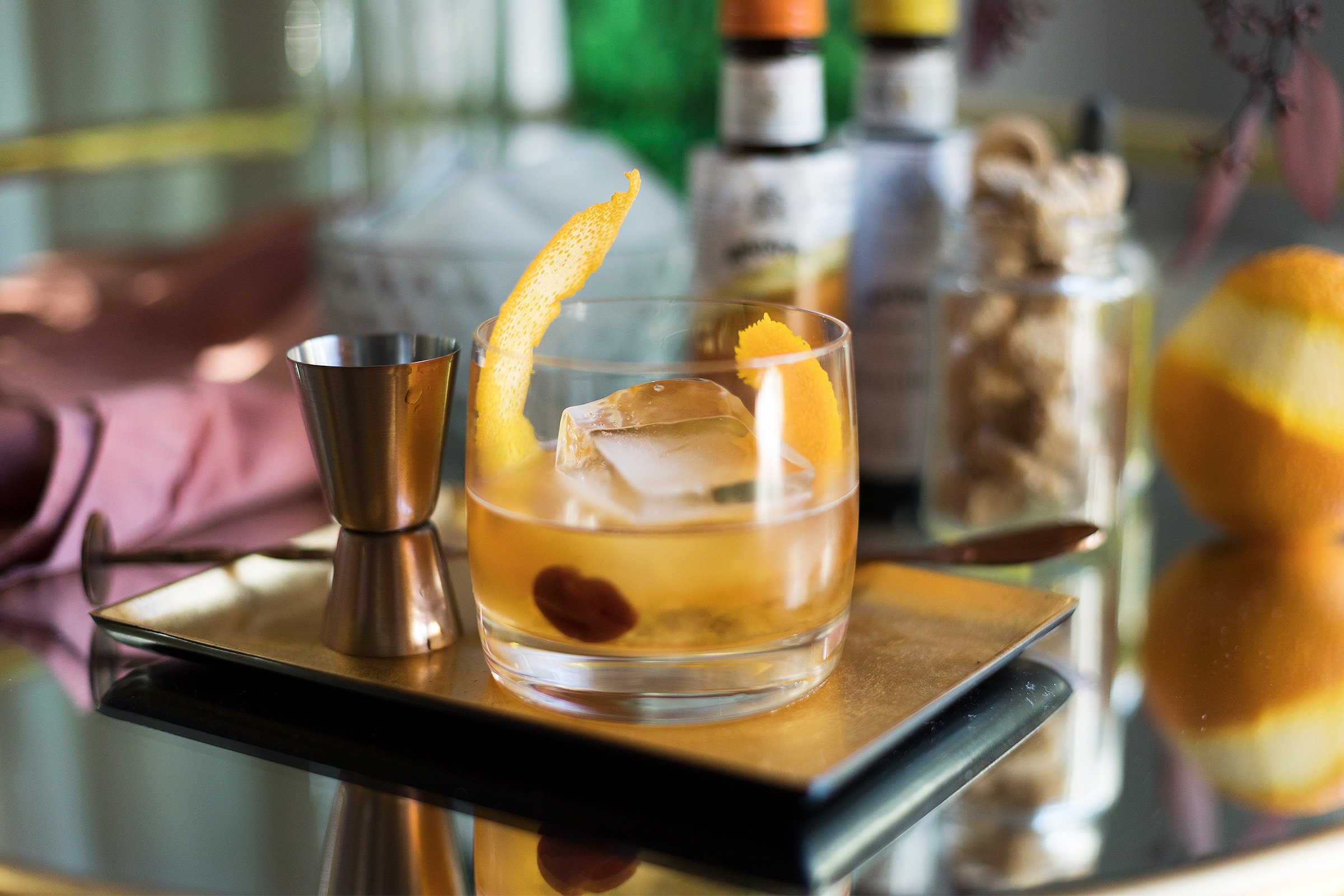 How to Celebrate Old Fashioned Week

Now that you’ve mastered the Old Fashioned cocktail, it’s time to celebrate Old Fashioned Week! From November 1st through 10th, the event was launched in 2015 by Michael Landart of the Maria Loca bar in Paris and Cyrille Hugon of Rhum Fest Paris to pay homage to the cocktail.

Old Fashioned Week became a global event in 2017 as an open festival providing a worldwide platform for spirit connoisseurs’ favorite cocktails and bartenders’ creativity. Since the week was founded, the pair has worked to establish partners that have contributed to the evolution of the Old Fashioned, including ANGOSTURA® bitters.

Visit the Old Fashioned Week website to check out the full lineup of bars and find a participating location near you.

In search of our best cocktail recipes for your next party? Check out this list of cocktail party-worthy drinks, including other great whiskey and bourbon cocktails.

Sponsored Content: This story has been brought to you by THE HOUSE OF ANGOSTURA®. Thank you for supporting these sponsors who help keep Salt & Wind up and running. 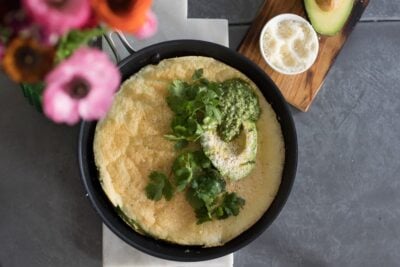 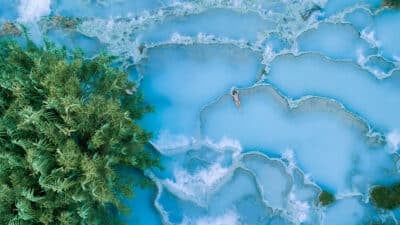 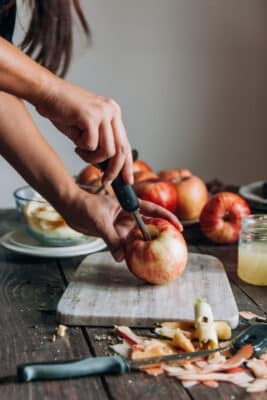 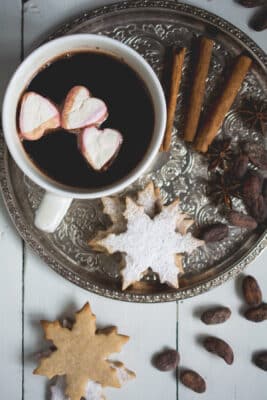