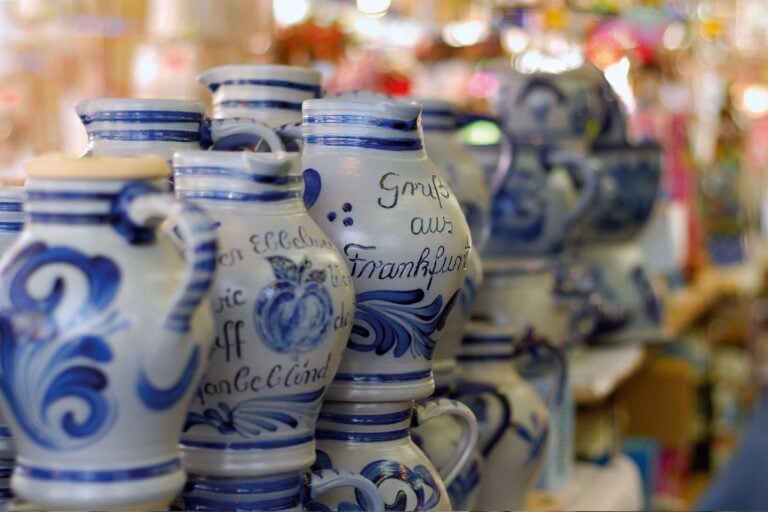 One thing’s immediately apparent when you’re in Frankfurt: the locals love them some apfelwein.

Want to know how much? By some accounts the average German drinks 1 glass per year, the average Hessen (the state where Frankfurt is located) 1 liter, and the average Frankfurter? 12 liters!

The German version of apple cider (aka apfelwein, ebbelwei, ebbelwoi, schoppe, or stöffsche) is so beloved that there is both a dedicated pitcher and a glass for serving it. How it all happened? According to locals credit is given to the combination of a 70s-era TV show and a mini ice age!

Wait, What The Heck Is Frankfurt Apfelwein?

First thing you should know is that apfelwein dates way back: as in 1,200 years ago way back to Charlemagne’s time. If you don’t remember anything from your high school European history class, you probably recall that Charlemagne is a big deal but you might not realize that he has some major ties to Frankfurt.

Let’s get one thing straight: apfelwein is not the result of some grand plan. Truth is, it’s quite the opposite — more a result of circumstance. This German version of apple cider came about because people wanted something to drink and neither wine nor beer was accessible.

Even though the apple cider drink has a long history, it really started to take off in the 16th century when a louse decimated local wine production and a tax made beer unaffordable almost overnight. Frankfurt Apfelwein then got another leg up in the 1800s when another blight made gave another hit to wine production.

The reason it’s remained so popular is that it’s a less-filling alternative to beer that can be drank year round. Another reason? Some credit (or blame depending on who you talk to) the cliched 70s-era German variety show based in Frankfurt where a drunken character was seemingly always drinking apfelwein.

How Is Apfelwein Made?

Historically, apfelwein  is made with a combination of apples and much in the same way as other hard apple ciders like the Spanish sidra or the French cidre. That’s to say apples are left to naturally ferment until they let off some alcohol. The result is a drink with alcohol levels averaging that of a beer (say, about 5 to 7% ABV).

Frankfurt-style apfelwein is typically made without any added sugar or yeast and the styles can range from sweet to dry, floral to earthy, and filtered to unfiltered. While traditionally the drink is made with whatever apples the producer can find, these days you find local artisans making single-varietal apfelwein. 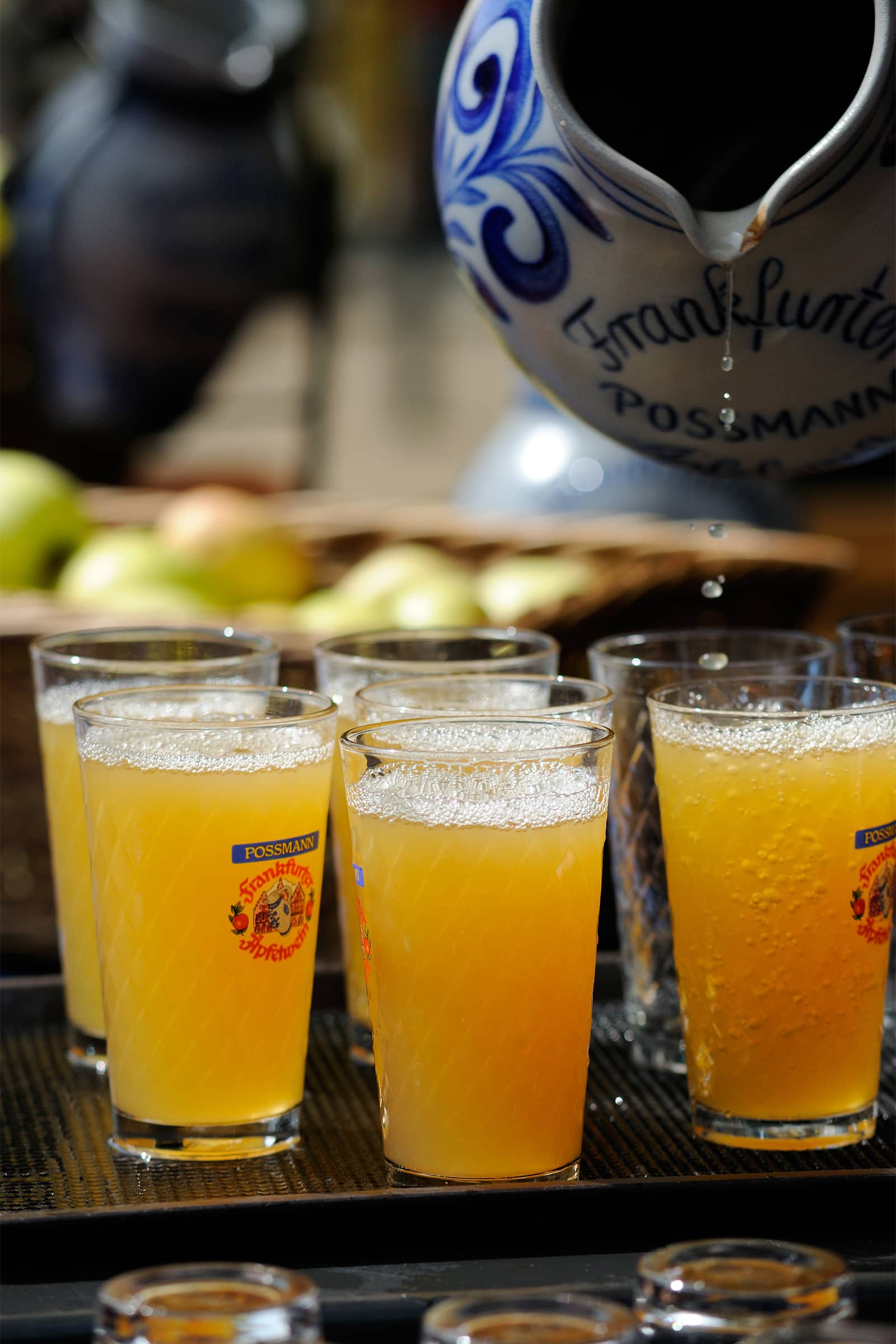 How Do You Serve Apfelwein?

Traditionally, there’s a bit of a, well, tradition to serving the drink. Apfelwein is served in a grey earthenware just that’s pained with a cobalt blue design known as a bembel. These jugs can range in size from just around 1 liter to several liters. In fact, the biggest bemebls are so large, they’re set up on a sort of swing so that you can merely tilt the jug in order to pour some of the hard apple cider.

And what you pour the apfelwein into? It’s a clear glass with a hatched patter that’s known as a gerippte. Hard to pronounce but easy to recognize, these hatched glasses were said to have been created because people would usually drink the apfelwein with a bratwurst in hand and the hatched pattern would give their sausage-greased hands a better grip.

Purists would insist you drink the apfelwein as is but others mix it up. When you combine apfelwein with mineral water, it’s knows as a sauergespritzer while a sweeter version is known as süßgespritzer. Finally, much like with mulled wine, there is a mulled version of apfelwein served with cinnamon and cloves that’s particularly popular during the winter holidays.

Where You Can Find an Apfelwein Tasting in Frankfurt

For apfelwein tastings in Frankfurt, head to the the city’s historic Sachsenhausen district where are streets lined not with the Bavarian beer gardens that most tourists expect but rather with block after block of apple wine pubs. Lorsbacher Thal is our pick for where you can go for super classic local fare (think: grüne soße with potatoes, wiener schnitzel, pickled herring, and the beloved handkäse mit musik).

If you want to try a whole lot of styles, go to the unofficial mecca for apfelwein, Apfelweinhandlung Jens Becker, where the husband-and-wife owners are more than happy to serve you their housemade apfelwein. Fair warning: they’ll likely rope you in to a discussion on all things apfelwein which is by no means a bad thing. At Apfel Weinhandlung Jans Becker they sell about 70 different apfelweins at any given time so they know a thing or two about the drink. Oh, and they even have classic and modern takes on the characteristic pitchers and serving glasses.

Sponsored Content: This post was sponsored by Germany Tourism but all content, ideas, and words are our own. Thanks for supporting these sponsors who allow us to keep Salt & Wind up and running. 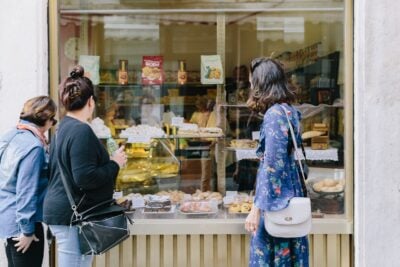 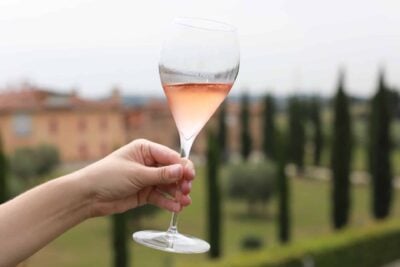 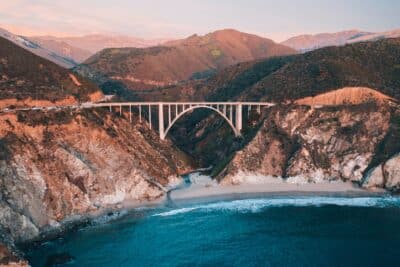 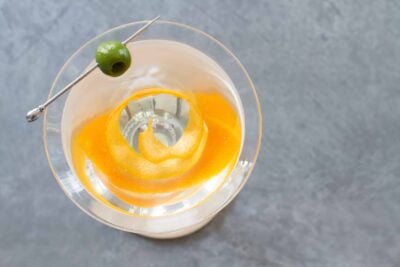 Drinks
How To Achieve Martini Perfection