Travel Movies To Watch When You Wish You Could Wander 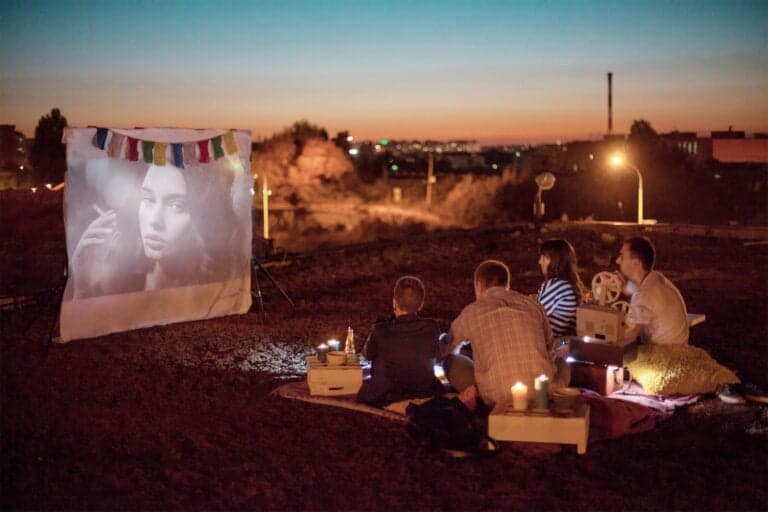 If we had it our way, the Academy would add one more category to their awards and it would award movies that cause wanderlust.

These are the top movies that transport us without having to pull out our passports:

We know, the Republic of Zubrowka is fictitious but that doesn’t keep us from dreaming about traveling there someday – mostly for the cream puffs, of course!

Speaking of Wes Anderson movies, this one paints India as incredible as it really is. So many people travel to India to discover themselves but this film reminds you that, to do so, you must first discover others. And it reminds us that someone should really start a train service called the Darjeeling Limited already.

If there’s one film that made us want to travel to Italy from a young age, it was this edgy, artsy film. Between the coming-of-age story, the cinematography, and the awesome 90s soundtrack (Portishead! Mazzy Star!), this is still such a relevant film.

When you combine Chet Baker’s music with the Amalfi Coast and actors like Matt Damon, Cate Blanchett, and Philip Seymour Hoffman, you get the magic that is this movie. No matter how twisted the story is, the movie makes you want to be like G Po’s character, Marge, if only for the great 50s style.

Mexico City first hopped on our bucket list thanks in large part to this film. This story of Frida Kahlo is one of struggle, power, and all set in the beautiful backdrop of Mexico City.

Road trips are a universal travel language but this film does the road trip with a Mexican flare and a love triangle. Set in Oaxaca, this film has realism to the characters and backdrop that make it all that much more alluring.

This whole movie is wistful and emotional in a way that makes it feel like a midcentury, less problematic, and Brazilian take on Out of Africa. We watched this movie on the way down to Belem and it made us so fall for Brazil that we kept devising how we might “miss” our plane back home and hitchhike down to Rio.

If we had to pick a frontrunner of all the films on this list, it’d be this one. The ultimate adventure story of two friends searching for themselves as they travel South America, it’s sometimes easy to forget this is in fact a true story of the trip that made Che Guevara take up political life.

Having lived in Europe ourselves, we can say this film is a spot-on summary of what it was like living as an ex-pat. It’s touch zany  – like many French comedies are – but endearingly so and the Barcelona backdrop makes us want to see if they might need another roommate.

Iceland and Beyond: The Secret Life of Walter Mitty

As major daydreamers ourselves, we relate to Walter, though he dreams up crazy situations we wouldn’t dare. His search for a photographer takes him from Iceland to the Himalayas and is an epic look at the lesser-known corners of the world.