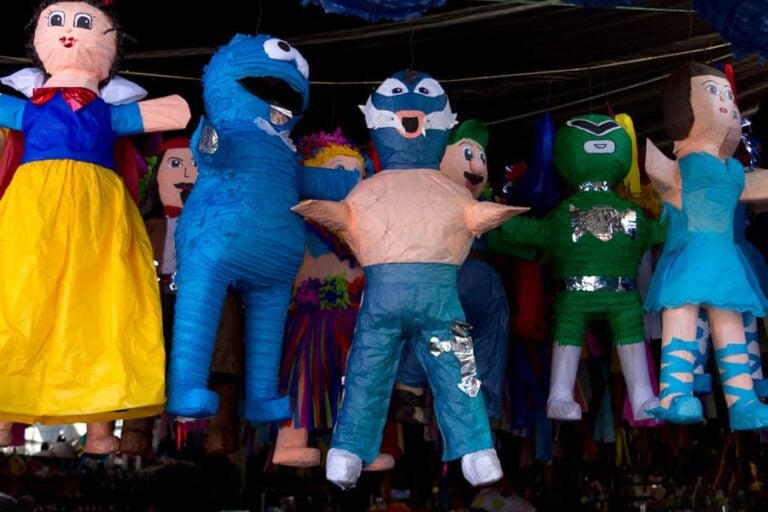 It was one of those rare L.A. moments when the streets were empty as if everyone had overslept or just plain skipped town. It helped that I was racing through downtown L.A.’s Warehouse District, which is all but abandoned during the weekends — or so I thought. As I headed down Central Avenue toward Olympic, the area got busier and busier until, like an oasis, there was a stretch of street packed with people, vendors, and lots of food.

Being a native and all, I’d like to think I know Los Angeles pretty well, but, since I’ve moved back I’ve discovered something new (to me, at least) almost every weekend. Yesterday, it was all about the Mercado Olympic. 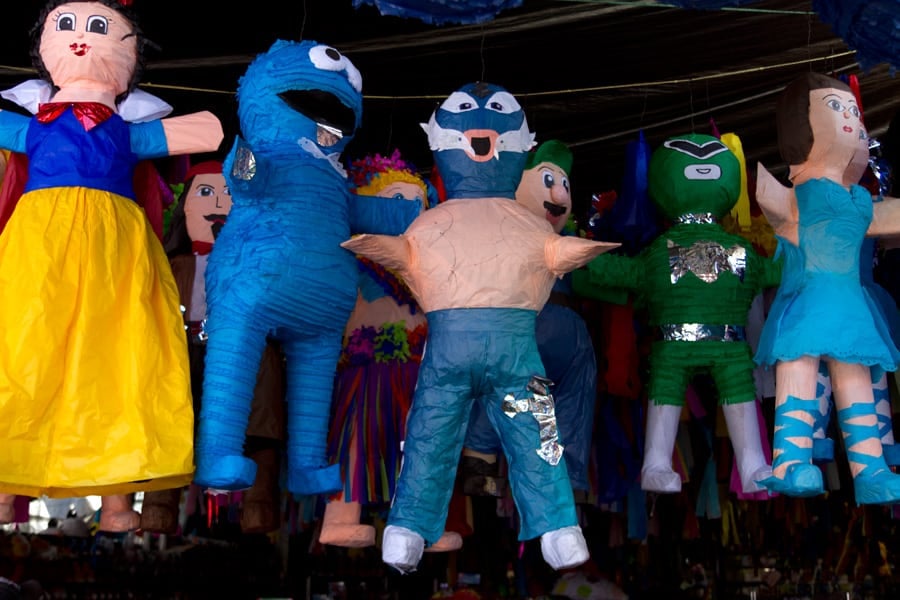 The first thing you should know about the Mercado Olympic is that it’s not a market in the traditional sense. It’s more of a collection of street food vendors who happen to have taken over the same stretch of sidewalk along Olympic Boulevard. At first glance, it seems a bit unexpected and chaotic but it really makes sense. The area’s always had a ton of foot traffic because it’s at the crossroads of the Fashion and Produce districts and it abuts a ton of variety stores that sell all sorts of tchotchkes including dried goods, candy, hardware, and party goods, like these awesome piñatas. 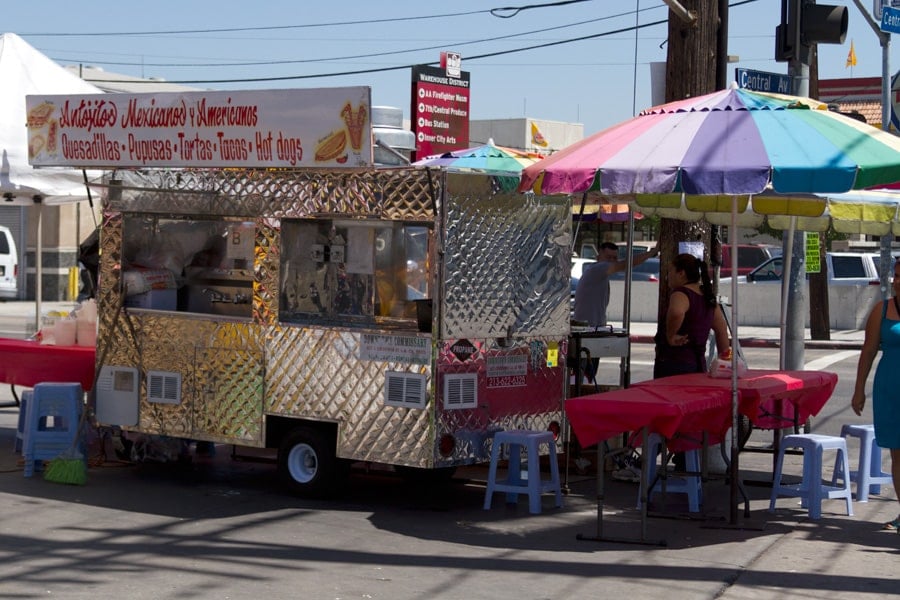 My Mexico-phile friend, Susan (half of the duo behind Mezcalistas), kicked off our visit to the Mercado Olympic and I was psyched to join. Not only does she speak way better Spanish that I do but the vendors find her muy caliente which helps when you’re trying to get the good goods. We started on the east side of the mercado and in just a few steps we were in a scene of functional chaos – with cumbia music blasting, people spilling into the street, and vendor after vendor shouting “pruébalo!” 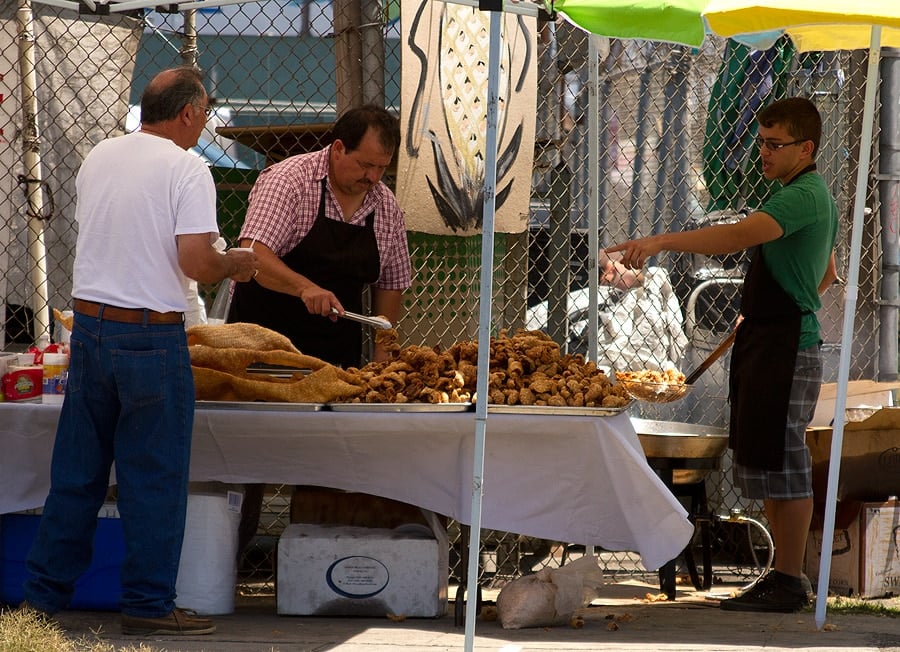 Our crew started at the corners of Olympic and Central and took stock of the set up before we made any culinary commitments. Luckily, the day before I had read Street Gourmet LA’s (aka Bill Esparaza) thorough rundown of the market so I had an idea of what I wanted to try. What stuck out immediately was the diversity of the vendors. As Bill pointed out, it’s largely vendors from the D.F. and Puebla, but I met vendors from Oaxaca, Toluca, and Michoacan as well. 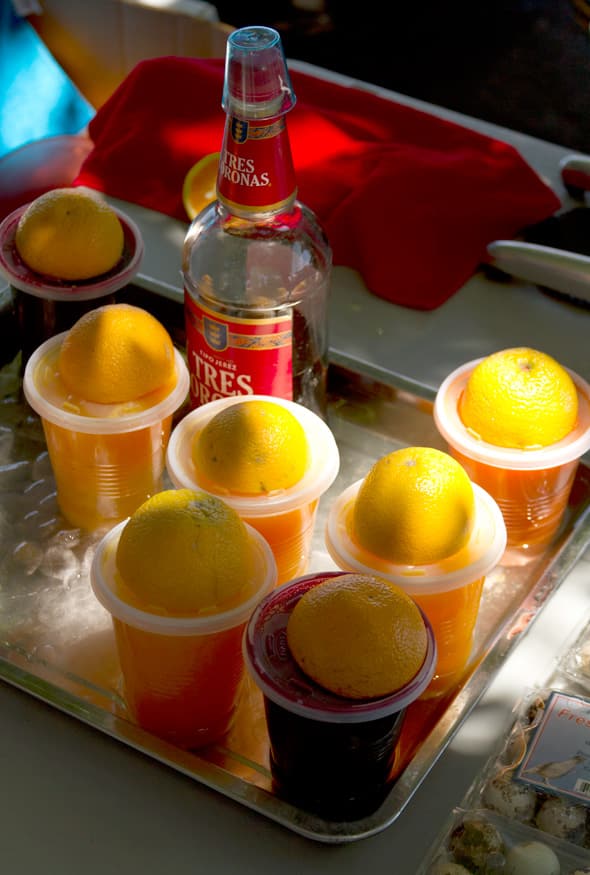 After splitting a seriously sweet watermelon agua fresca we decided to try a chilango concoction none of us had ever seen before. It was fresh-squeezed orange juice that got jazzed up with a raw quail egg and a shot of sherry. The vendor told us it’s a common breakfast drink in the D.F. — nutty, sweet, and rich all at once it was better than I expected but not something I’m dying to try again.

We split up and each bought a few bites before reconvening at a table to nosh. Our spread included esquites (aka corn on the cob with mayo, chile powder, and cheese – a must if you’ve never had it), goat tacos, barbecued spatchcocked chicken with beans, and quesadillas with mushrooms and squash blossoms. We started sweating immediately from the heat of the sauces and the greenhouse effect of our tarped tables so we decided it was time for refreshment, in the form of shave ice. We visited a pair of shave ice ladies who gave us a try of their not-too-sweet but super flavorful syrups including coconut, tamarind, nances, and mango. My Hawaiian friend insisted on mango and, though it seemed too tame to be exciting, it was an excellent choice. The mango was earthy and sweet, with a seriously refreshing touch of subtle green flavor. 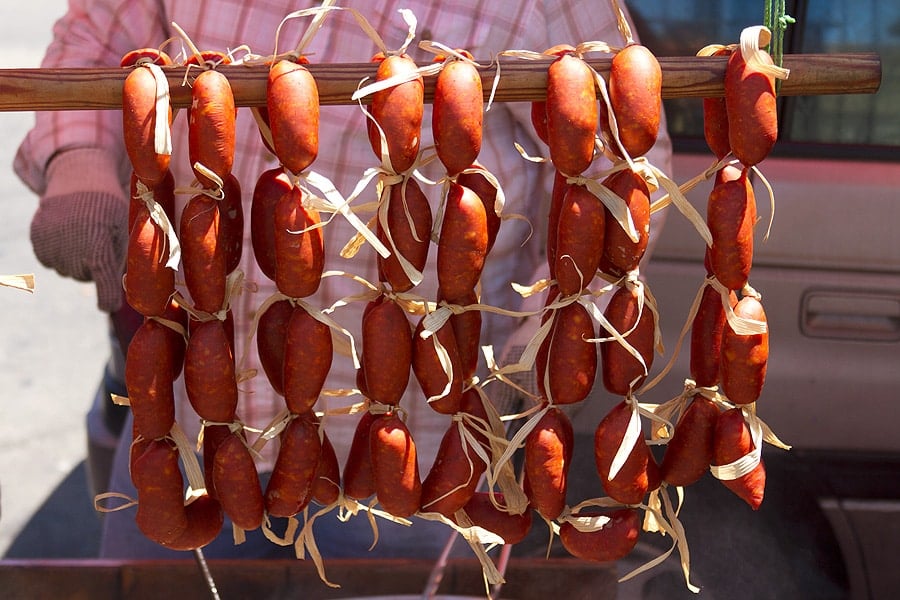 We finished off our meal with a few churros and walked the rest of the market to buy some food to take home. That’s when we met an adorable couple from Toluca who were fresh-frying chicharrones (pork rinds) and selling Tolucan chorizo. There were two types of chicharrones – the fattier, more traditional version, and the airier, more modern version – and both were good. He took pride in the quality of the ingredients, his technique, and the salsas his wife made to pair them with. I bought a chicharron the size of a platter and a pound of the Tolucan chorizo – made with little fat, more meat, and bright seasoning in a more traditional Spanish flair. 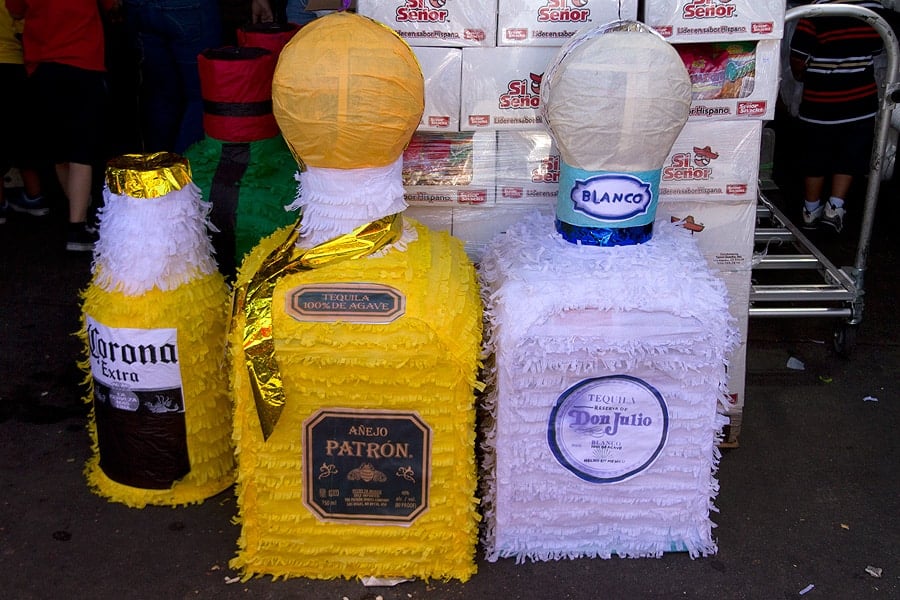 Stuffed from our feast and weighed down by our purchases, we decided it was time to call it quits. As our adventure came to an end, we realized we had missed out on the vendors on the north side of the street; that we hadn’t left room to try the more uncommon items like the tacos de canasta, fried chickpeas, and fermented pineapple juice that Bill had written about; and that we hadn’t bought any of the awesome tchotochkes like these liqueur bottle piñatas. Then again, we have something to look forward to next time! 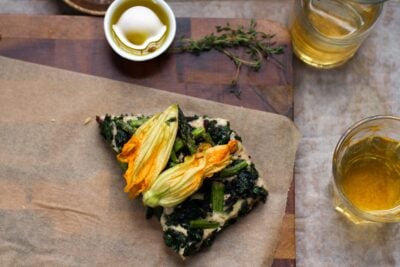 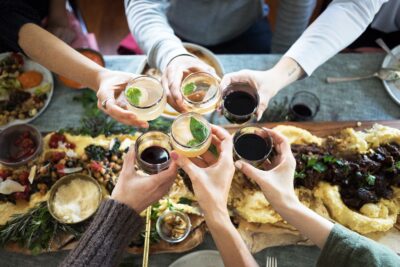 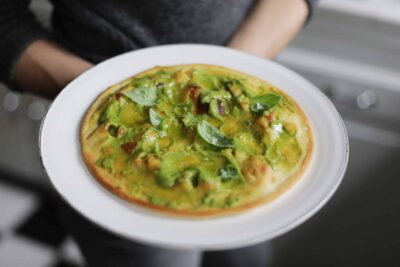 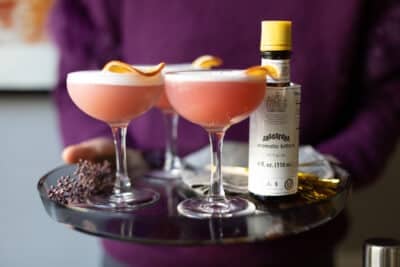