Where To Find The Best Fish Tacos In San Diego 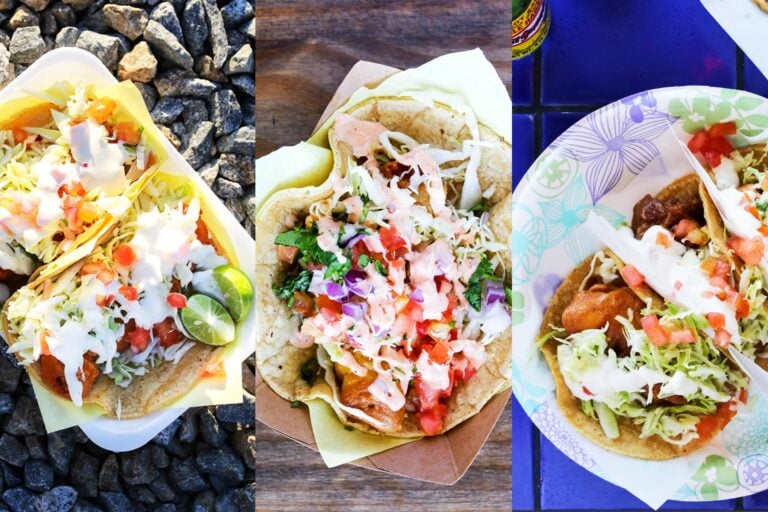 What Is A Baja-Style Fish Taco?

Particularly, the much sought-after Baja-style fish taco. Though Rubio’s brought grilled fish tacos to the masses, the taco we’re talking about is the battered and fried taco that originated in Baja California.

Just minutes from the border, San Diego is peppered with Mexican restaurants and food trucks, many frying up their own version of the fish taco.

On my hunt for the best fish taco in San Diego, I researched, narrowed it down, then visited three of the top-rated fish taco spots, and after many tacos and careful consideration, selected a favorite. 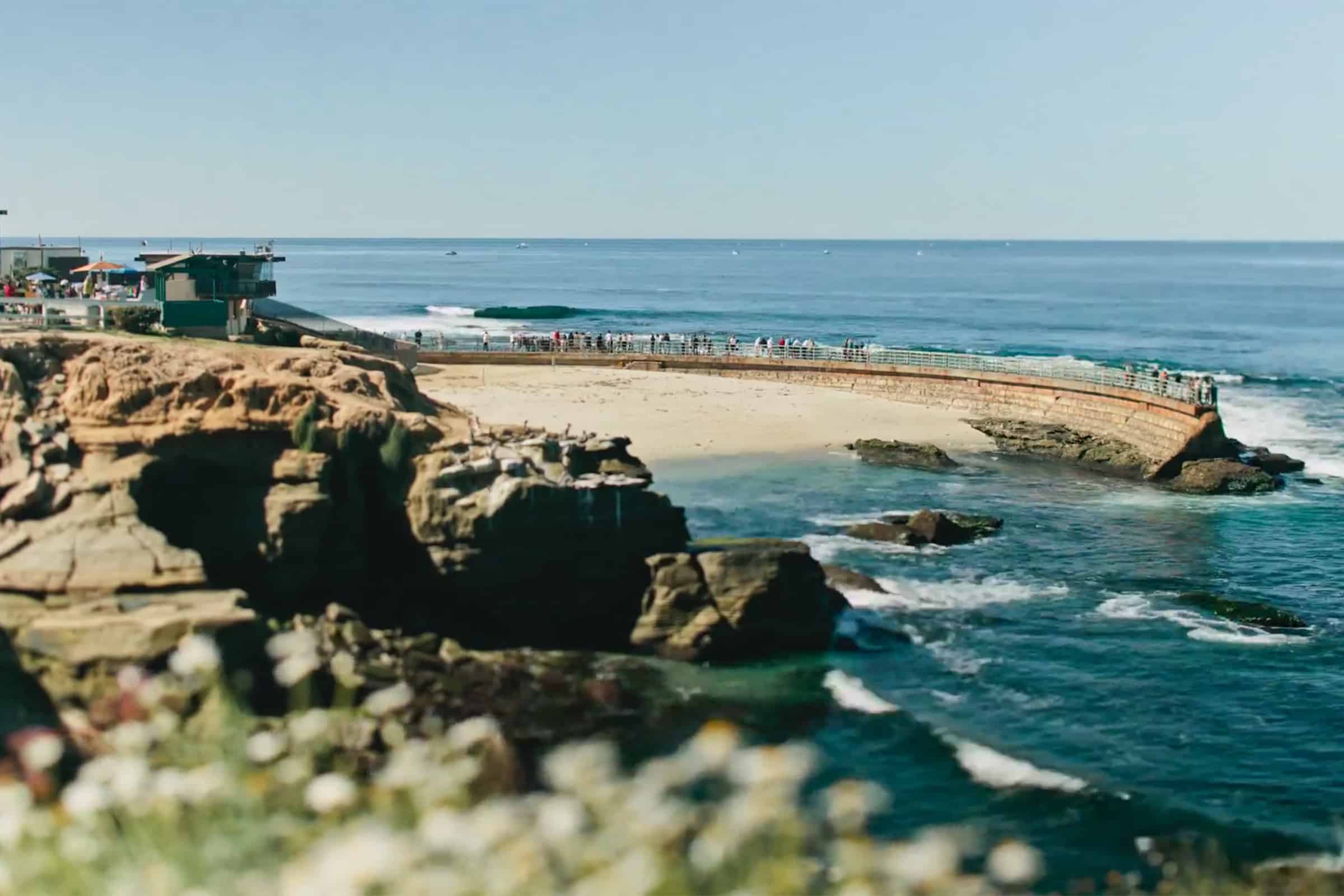 What Makes A Perfect Fish Taco

Before we get into it, let’s establish some criteria, yes? First, I only considered battered and fried fish tacos (not grilled) to keep things as legit as possible. Here’s what else I was looking for:

I brought Jorge (my Mexican husband) along with and I did a lot of research. In its most basic form, an authentic Baja fish taco is simply a corn tortilla, topped with battered and fried white fish, shredded cabbage, crema, and a spritz of lime. Salsas and sauces can be added based on personal preference.

To put it simply, the flavor of the fish shouldn’t be masked by the batter.

The first bite of a fish taco should not result in the fillings falling out (aka a blow out) nor should it get soggy or drip —  no excess liquidy cabbage, no watery crema, nothing.

The flavor of the tortilla should be present, not overpowering.

Nothing else matters unless the taco is delicious.

This is more a personal thing because I love me some sauce when it comes to tacos.

Living in San Diego for over 10 years, I’ve had plenty of fish tacos in San Diego, but I never had a favorite — so no bias but also not a ton of direction.

I started by polling family, friends, and fellow San Diego foodies about their favorite fish tacos in San Diego and, while tons of suggestions came in, only three were mentioned repeatedly — Mariscos Alex in City Heights, TJ Oyster Bar in Bonita, and Oscar’s Mexican Seafood in Hillcrest.

I visited each and every spot in search of the best fish tacos in San Diego and here’s what I found: 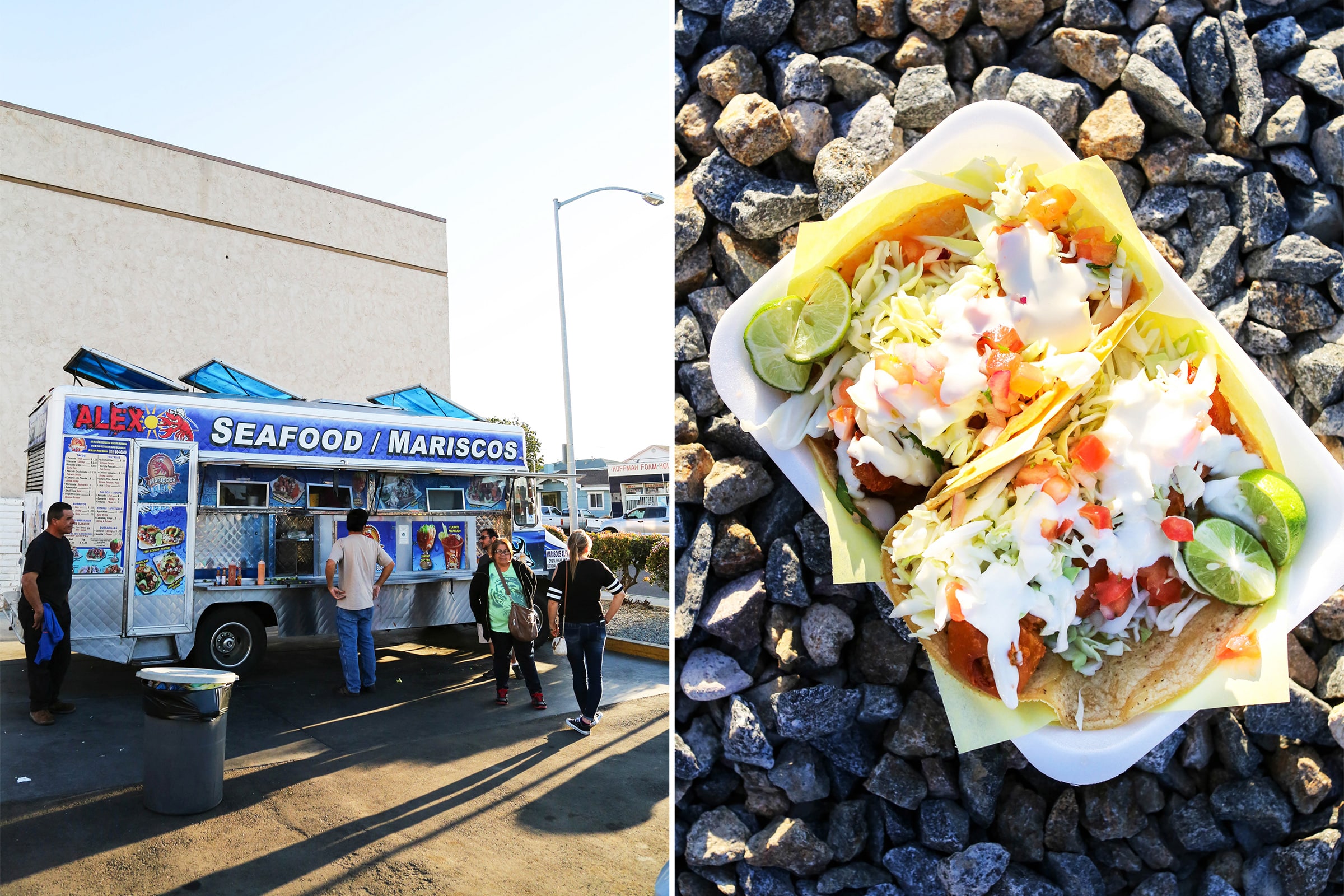 Located on a dirt lot near a gas station and liquor store, Mariscos Alex is no-frills, but that doesn’t stop this City Heights food truck from serving up seriously tasty seafood.

They’re known for their ceviche tostadas (try the octopus!), shrimp cocktail, and, of course, their fish taco. For just $1.25, this substantial fish taco features a corn tortilla, a fat, juicy piece of battered and fried tilapia, shredded cabbage, chopped tomato, and the classic white sauce.

The front of the truck is lined with salsas, sauces, and a container filled with chopped Mexican limes. And I highly recommend the chipotle crema. The fish tacos at Mariscos Alex gets an A+ in my book — just don’t expect tables and chairs when you make the trip! 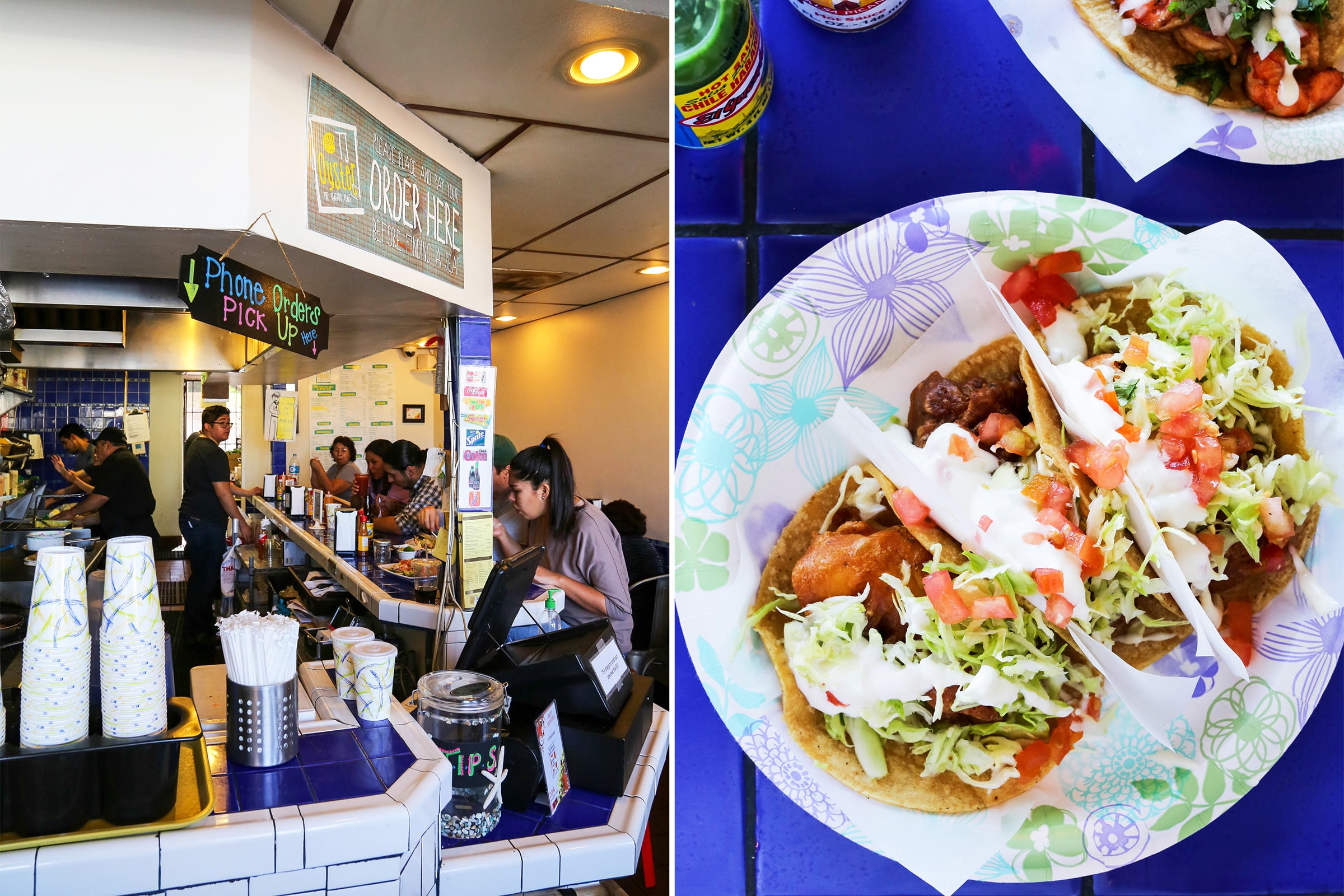 Next up for fish tacos was TJ Oyster Bar in Bonita. When we arrived at this strip mall hot spot, we were hit with aromas of sizzling seafood, warm tortillas, and freshly chopped tomato and chile.

Several cooks were feverishly preparing tacos, tostadas, and a variety of seafood cocktails in the open-air kitchen across from a bar lined with hungry diners. We ordered a series of tacos, then pulled up a couple of stools at the window-facing bar.

The fish tacos at TJ Oyster Bar are cheap (priced at just $1) and small but pack big flavor. The battered and fried tilapia is crunchy, the crema is bright and tangy, and the tortilla added a surprisingly pleasant amount of corn flavor.

Don’t be afraid to go back up to the counter and order more fish tacos — that’s what we locals do! I’m giving TJ Oyster Bar an A rating because the fish tacos were really, really tasty. But, they got docked for having a slightly imbalanced fish-to-batter ratio. Oh, and they lacked a selection of additional sauces, which is blasphemy for me. 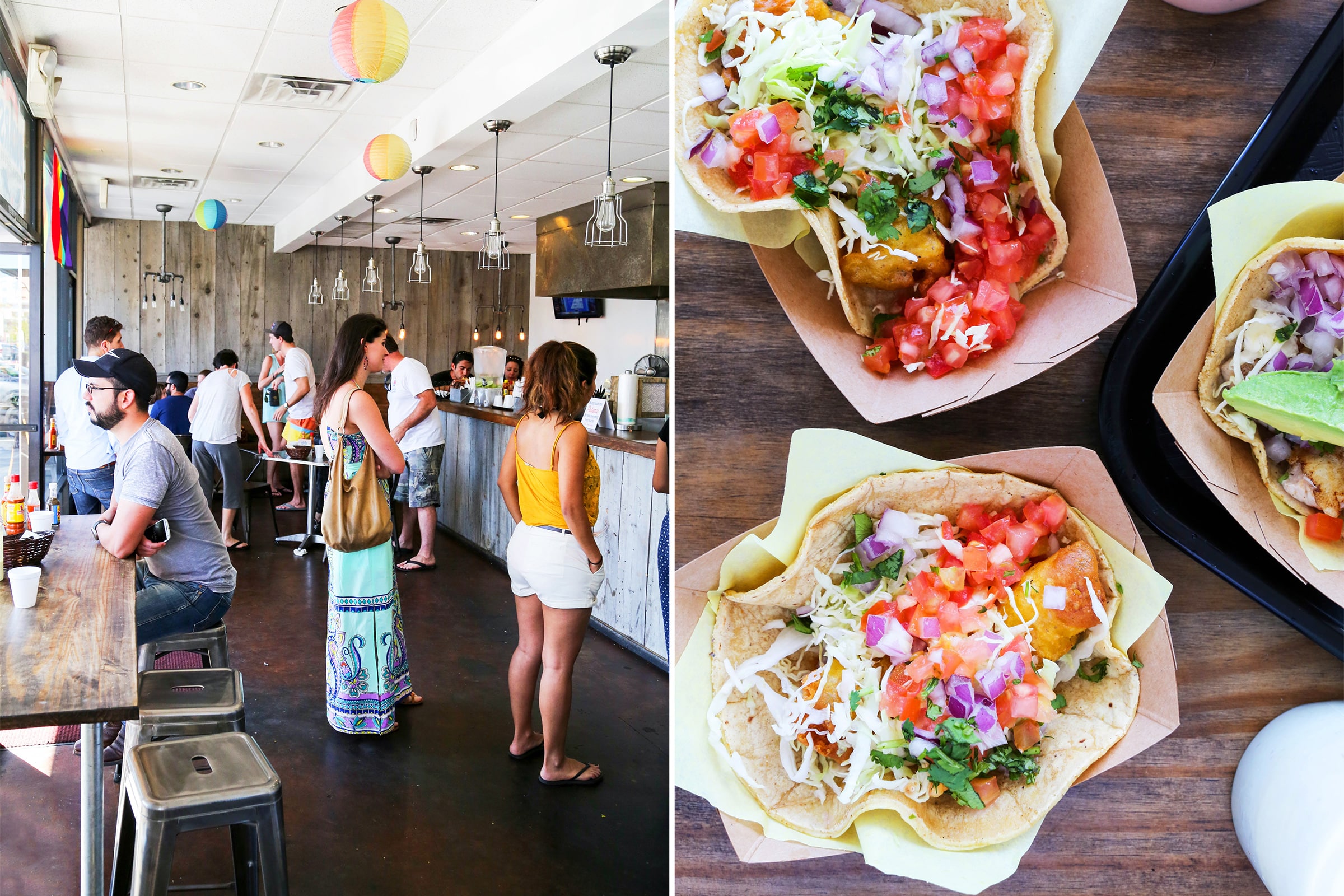 Squeeze bottles of crema are available in three different flavors: traditional white, chipotle, and serrano (very spicy!). I give Oscar’s Mexican Seafood an A rating because the tacos were a bit toppings-heavy and not as balanced as the others. But the restaurant gets big points for ambiance and sauce selection. 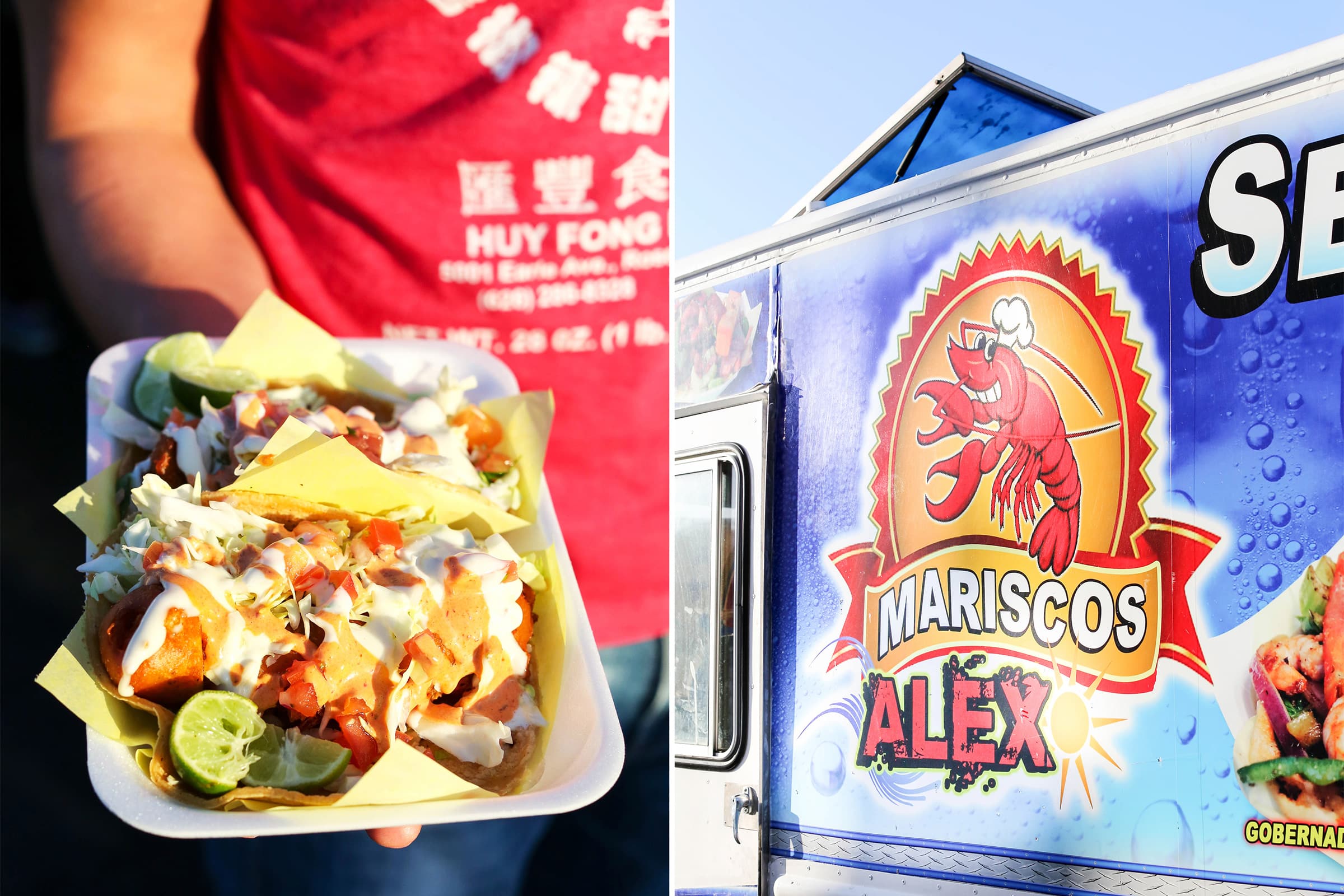 So the winner for the best fish taco in San Diego? I’m going with Mariscos Alex in City Heights!!

To be honest, I was really splitting hairs while judging these three fish tacos side-by-side, so I would definitely recommend visiting all three taco joints when you’re in San Diego. Just go to Mariscos Alex first! 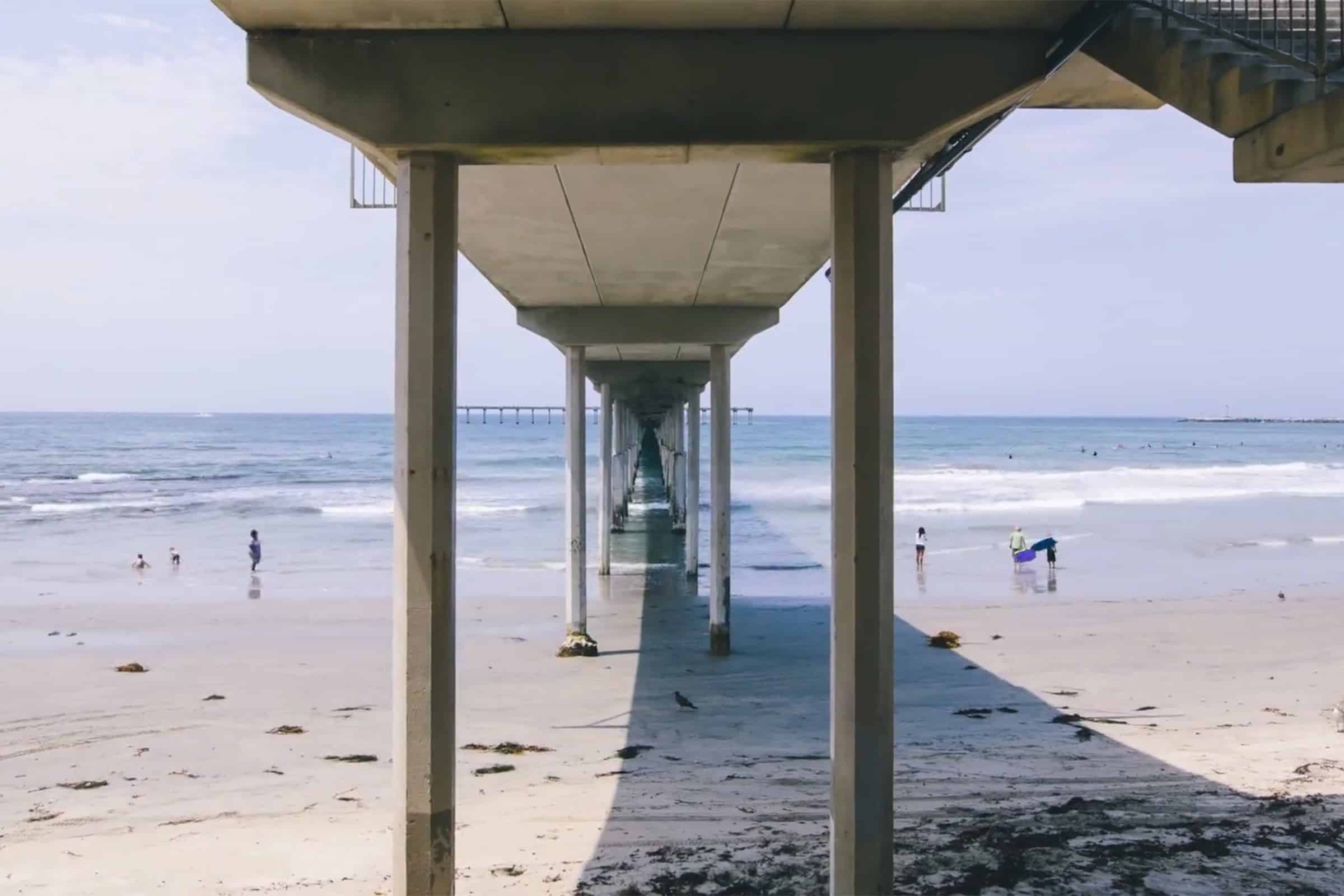 Brandon Matzek is the San Diego-based writer and photographer behind Kitchen Konfidence, a food blog focused on seasonal recipes.  He loves homemade pizza, hot yoga and exploring both the West Coast and Mexico with his boyfriend.
Posts By This Author →

Brandon Matzek is the San Diego-based writer and photographer behind Kitchen Konfidence, a food blog focused on seasonal recipes.  He loves homemade pizza, hot yoga and exploring both the West Coast and Mexico with his boyfriend.
View Posts By This Author → 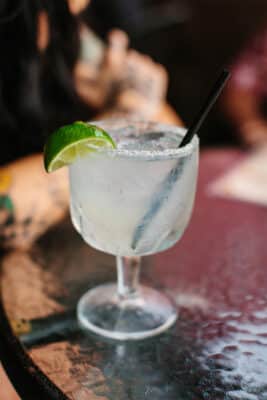 Mexico
What To Cook Now: These Baja-Inspired Recipes 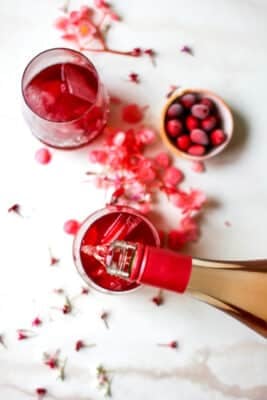 California
More Than 15 Festive Wine Cocktails To Celebrate The Holidays 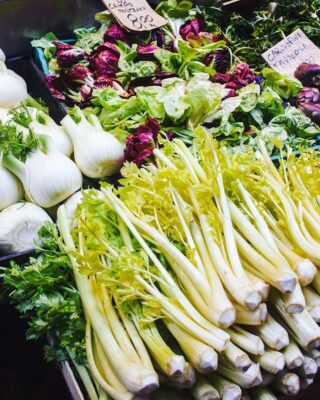